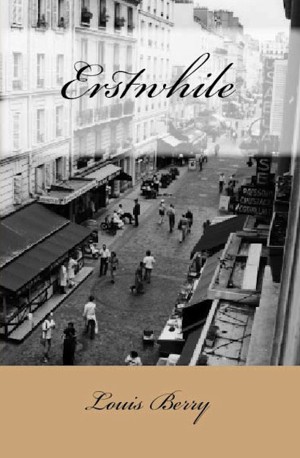 Richard retreats into his mid and examines the important relationships with women from his past in order to determine what could be going wrong with his marriage. What he fails to realize is that he's focusing on everything he did wrong, and doesn't give himself credit for successes.

With the help of a new friend Susan finds her way back into an addiction she'd kicked a decade earlier, but never spoke about with her husband. Secrets from her past once again grow in importance and inhabit her present; taking away any chance for a bright future with her husband.

Louis Berry was born in Hattiesburg, MS to a football coach father and homemaker mother. At the age of six Louis moved with his family to Panama City, FL where he spent the rest of his adolescence and graduated High School in 1983. In college Louis lettered four years on the varsity football team and earned several honors for his play, including being named to the Associated Press All-American (Honorable Mention) Team three times. After college Louis earned his Certified Public Accountant license and worked as a CPA learning the ins-and-outs of several industries. The precise nature of his profession fueled Louis' desire to pursue a dream he'd held since childhood, being a writer. Environmental forces that prevented him from pursuing his natural ability gave way to the spiritually creative man he was when he penned his first novel, Erstwhile. It examines the darker, and often unanswered, side of human nature when applied to love, both emotional and physical. Lifting himself from the shadows that naturally hung over his psyche from that experience Louis found inspiration in his relationship with his wife to create his second novel; There's Something in a Name. It is his love letter to the woman who means so much to him it took two characters to embody her essence. Louis is currently working on his third novel, inspired by the unmitigated corporate greed that threatens not only our way of life, but possibly the existence we've come to enjoy.

Louis currently lives in Orlando, FL with his wife and daughter.

You have subscribed to alerts for Louis Berry.

You have been added to Louis Berry's favorite list.

You can also sign-up to receive email notifications whenever Louis Berry releases a new book.