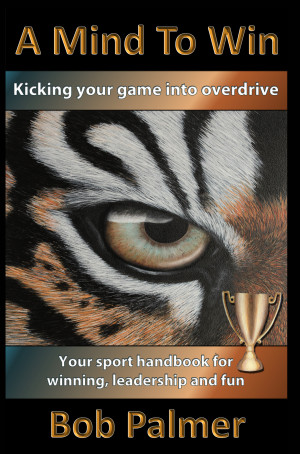 A Mind to Win

SportExcel CEO Bob Palmer is a high performance expert, mentor of champions, author, the founder of the SportExcel System and 4th degree black belt in karate. Since 1994 he has been creating innovative ways to help athletes, coaches and sport leaders achieve their dreams. His system makes winning a lot of fun, easier to achieve and repeatable for all ages.

The SportExcel System has been embraced by a wide range of sports including the clay target sports, surfing, snowboarding, figure skating, triathlon and golf as well as the team sports of football, hockey, baseball, and soccer. It has ignited the passion, joy, and skillfulness of thousands of athletes, coaches, and leaders in numerous sports, and many have achieved podium success in the Olympic, Commonwealth Pan Am, and X Games, as well as in many developmental, collegiate and recreational sports.

His Olympians and pros rave about his six-step system for training and will often speak with Bob the night before performances to fine-tune their performance. With twenty years of experience under his belt, Bob can shift almost any athlete’s performance to the Zone in less than two hours for extraordinary results. Even athletes reading his book send Bob emails detailing that the system works as a result of simply following the steps!

With this kind of reputation, other professionals such as business and sport CEO&#39;s, singers and entertainers seek Bob out for his guidance, problem-solving and insights.

Bob is the author of two books: Mind vs Target (also in Spanish - Mente Vs. Plato), and A Mind to Win, “clinics in a book” that initiate the Zone, build leadership and ensure on-going high performance. He also writes on high performance and leadership for North American magazines and newsletters. Bob travels widely conducting clinics for teams and organizations. And he has also pioneered the use of Skype for reaching out to the world.

A former national karate champion and 4th-degree black belt, Palmer is a member of the Shintani Wado Kai Karate Association where he currently holds a voluntary position as High-Performance Trainer for the Shintani Wado Kai Karate national team. He has previously served as the Chairman of the Barrie Sports Hall of Fame, on the board of Big Brothers and as a volunteer with the YMCA.

SportExcel Inc. is reinventing and rejuvenating the world of sport high performance. For more information, visit www.sportexcel.ca or call 1-705-720-2291.

Reviews of A Mind to Win by Bob Palmer

You have subscribed to alerts for Bob Palmer.

You have been added to Bob Palmer's favorite list.

You can also sign-up to receive email notifications whenever Bob Palmer releases a new book.