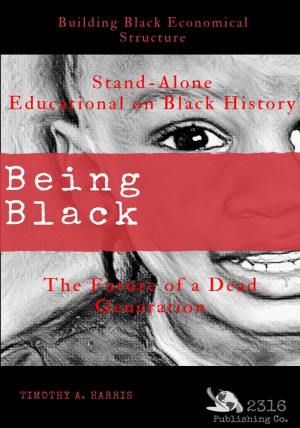 By Timothy Harris
Black education for the black family to build black economical structure. More
This awareness book tells some truth about where blacks come from,where they are and future as a nation. The information inside should not be over looked or ignored, but should build you up. What is the future for our next generation? Black people you are Strong, Smart and Powerful. Knowing where you come from can help you get to where your going.Wake Up Black Man!

Both CD’s later were translated into book form.
Since then, Tim Harris has Co authored “2316” along with his wife.
Out Now!!
Author of “The Now Effect” which is available now on Amazon.com
Upcoming Title (Series) “What People Do” and “Being Black”

You have subscribed to alerts for Timothy Harris.

You have been added to Timothy Harris's favorite list.

You can also sign-up to receive email notifications whenever Timothy Harris releases a new book.