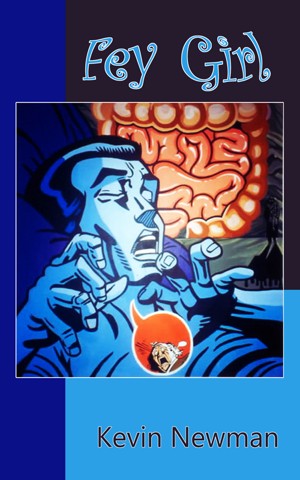 By Kevin Newman
Rated 4.00/5 based on 1 reviews
Jude Pender has troubles managing his emotions. Case in point: Cecile. He thinks he can bury his thoughts and that the rest of his neurons will naturally grow around them, leaving an obelisk that he can visit as if in a dream. And since he doesn't know when to give up, the result will be an explosive release after a series of betrayals.

Kevin Newman lives in the middle of Ontario where nothing and everything happens. Thanks for joining in the story. To further connect with the author online: 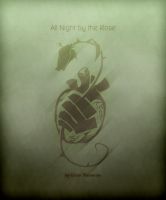 Fey Girl was a difficult book for me to review: the parts I loved I loved, and the parts I disliked, let's just say I really disliked. The characterization and mundane (non-supernatural) plotline are great and written in a voice I would go as far as to compare to John Green. However, in places where the story branches into philosophy, or the paranormal, it falls apart. 3.5 stars.

Chapter one was, for lack of a better description, off-putting. It is a detailed discussion of bird feeders and ecology, with no anchor (character, plotline) established. Unless ecology is of personal interest, I can not see most readers making it through. The beginning reads like a textbook existential crisis (but blatantly spelled out, instead of hid behind a storyline): stuff happens, people forget said stuff happened, soon all concrete evidence that said stuff happened is gone, and then your dead and said stuff is gone forever.

Chapter one: zero plot, zero real emotion. However for my dislike of chapter one, chapter two is much much better. It follows two boys and their girlfriends and the angst and drama that comes with falling in love. The writing is much smoother, and it is when writing the interactions between characters that the author really shines. The character descriptions (their personalities and nuances) are extremely well done and I finally saw the great lyrical style and voice I raved about in my previous Kevin Newman review.

The main character Jude falls in love with his friend's girlfriend and I really enjoyed the authors way of making you feel like you're there and of sympathy towards the characters. It's almost halfway through the book before anything paranormal happens, and I found that the author's description of any supernatural events lacked voice; it was more of an advancing of events.

The highlight of Fey Girl is the stylish portrayal of everyday events and conflicts. It was in these moments that the authors voice broke through. The supernatural and philosophical parts of the book felt too forced; politics/philosophy that the author wanted to work into the story were too thinly veiled and left the story feeling preachy.

If the same level of detail and emotion that described the non-supernatural events were worked into the paranormal parts of the book, and the first chapter revised or omitted, Fey Girl would be a great read.

(reviewed 2 years after purchase)
TC reviewed on Oct. 12, 2011
(no rating)
I was intrigued by this book's description - "Jude Pender has troubles managing his emotions. Case in point: Cecile. He thinks he can bury his thoughts and that the rest of his neurons will naturally grow around them, leaving an obelisk that he can visit as if in a dream. And since he doesn't know when to give up, the result will be an explosive release after a series of betrayals." The cover also suggested something a bit different to me.

Jude first meets Cecile while he is dating Terry, but notices she has an aura that draws people to her. After he splits with Terry he becomes close to Cecile and they start a complicated relationship. He tries to pretend he isn't attracted to her in order to stay friends but gradually becomes less happy with how they function together. The other complication in his life starts with some strange dreams. When he meets a new colleague who has been tasked with finding him, he ends up in the Fey World during the dreaming. It turns out he is an orcling and he has a part to play in saving that world, with Cecile involved in a round about way.

I found the book a bit slow to get started, and got about a third of the way in wondering when things were going to start happening. Up to that point was primarily introducing Jude and his circle of friends. I liked Jude, especially as he became more assertive later in the book, and I felt I could associate with his crowd of mates. I didn't have to wait much longer though and soon found the story picking up pace and moving into Fey World and introducing a range of mythological characters. This was definitely the part that interested me, although the relationship between to two friends became more intense later in the book and the way things were left between them made for a good ending to that part of the story. The point at which the Fey story was left has me hanging and looking forward to more of the mythology in future books.

This is the first book in a series of four (a tetralogy - love that word, you learn something new all the time) with a set of short stories due that provide more of the back story and mythology. In places the pacing felt a bit slow, and some of the philosophical debate between characters was a bit heavy for me but the world of the Fey and the promise of more in future installments will most likely draw me back.

You have subscribed to alerts for Kevin Newman.

You have been added to Kevin Newman's favorite list.

You can also sign-up to receive email notifications whenever Kevin Newman releases a new book.