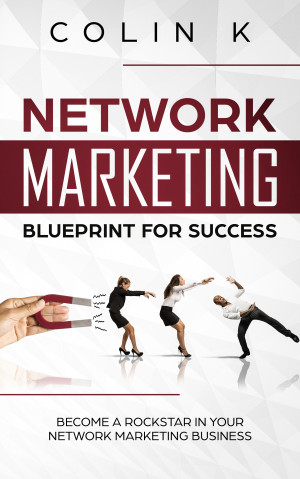 Most of us were invited to a fancy presentation and got excited with the prospect of working from home, firing our boss, no office politics or commuting to work. There were dreams in our eyes of a better future. But then what happened…. we suffered rejection from our friends and families. Our recruiting drive never took off. We never saw those fancy checks coming into our bank accounts.

What customers are saying?

“This simple to read book should be a required reading for anyone contemplating joining a network marketing company. This is a very candid how to guide.” Brian Smith


“If you are struggling in your MLM business then this is the book for you. I would recommend it to anyone in network marketing” K. Cash

“An awesome publication by my favourite author Colin, whom I know through many of his past titles.” Arya Mitra

Praveen Kumar is a best selling author who was abandoned by his father at the age of fourteen and joined the Navy at tender age of fifteen where education and free rations were guaranteed.

In order to understand the root cause of suffering he turned towards philosophy and religion. His intense spiritual quest lasted for over fifteen years. During this period he totally neglected the material side of life.

Then one fine day he understood that &#39;life is &#39;and material and spiritual world are closely interwoven. You cannot live in one without the other. There is a saying that &#39;Once your mind expands it never goes back to its original state&#39;. Something of the sorts happened to him and the transition happened within a very short period of time. His doubts and sufferings vanished and his mind became balanced and steady.

One of the reasons he identified as root cause of his suffering was his deep seated financial insecurity resulting from his childhood deprivation. He took pre-mature retirement from the Navy after having successfully commanded submarines and set about building his financial future.

Within short span of a decade starting out with virtually no capital he built his financial empire through real estate investing and internet marketing that has allowed him to retire and work from home.

Praveen strongly feels that it is only through increasing ones spiritual, emotional and financial intelligence can someone transform not only ones own life but also of his loved ones. He now writes books and articles on financial and spiritual matters to empower people to improve their lives.

You have subscribed to alerts for Praveen Kumar.

You have been added to Praveen Kumar's favorite list.

You can also sign-up to receive email notifications whenever Praveen Kumar releases a new book.