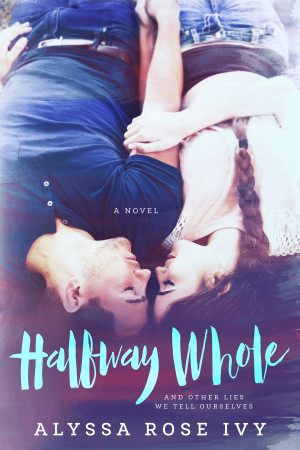 Halfway Whole and Other Lies We Tell Ourselves

By Alyssa Rose Ivy
Sometimes getting off the grid is the only way to stay on it...

Alyssa Rose Ivy is the bestselling author of more than fifty novels with over one million books sold worldwide. She loves to weave stories with romance and humor, and she is best known for writing about college boys with wings. After surviving law school and earning her masters in library science, she turned back to her creative side and decided to write. Although raised in the New York area, she fell in love with the South after moving to New Orleans for college. She lives in Alabama with her two children, and she can usually be found with a cup of coffee in her hand.

You have subscribed to alerts for Alyssa Rose Ivy.

You have been added to Alyssa Rose Ivy's favorite list.

You can also sign-up to receive email notifications whenever Alyssa Rose Ivy releases a new book.