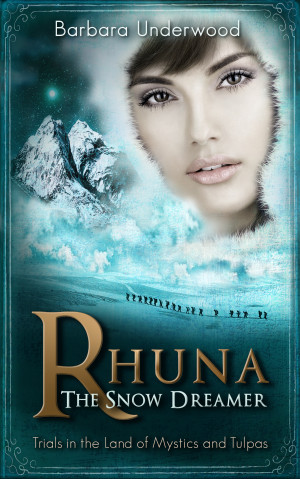 Rhuna, The Snow Dreamer - Book 5 of A Quest for Ancient Wisdom

Rhuna's last hope is to reach The Ascended Ones who live on a higher spiritual plane, but her journey is fraught with peril. A frightening entity called a tulpa, created from concentrated imagination, is determined to kill her before she reaches her goal. Did the Dark Master survive Rhuna's attempt to destroy him, and is he after revenge by controlling this murderous tulpa?

The Valley of Immortals, known as Shambhala, holds many secrets, and only when Rhuna helps the Masters of Ancient Wisdom solve the mystery of continually changing history in the Depository of Archival Texts, is the shocking truth finally revealed…

First 10% Sample: epub mobi (Kindle) lrf more Online Reader
pdb
Price: $2.99
Free! USD
Buy with coupon Use the code SSW75 at checkout to get this book for free during our site-wide promotion!
(Offer good through July 31, 2020 )
Have a better coupon?
Add to cart, then apply your coupon
Add to Library Give as a Gift
How gifting works
Create Widget
Tags: paranormal witchcraft mysticism fantasy magic magicians superhuman occult fantasy
About Barbara Underwood