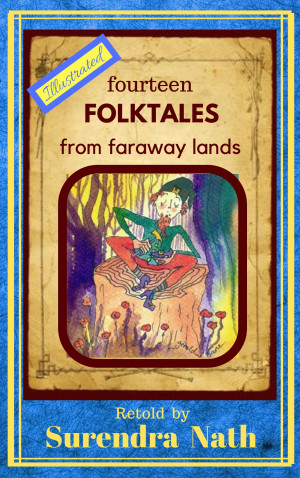 Surendra Nath is a 60-year old retired naval officer, who has published two books. KARNA’S ALTER EGO (Dream House Publication 2015) received 4.2 star-rating from 66 readers (goodreads). This book was selected by the national library (Raja Ram Mohun Roy Library Foundation) and distributed to state-level libraries. KARNA’S CELESTIAL ARMOR is the sequel that is doing well as an indie eBook. He writes short stories several of which have been published in three different anthologies compiled by Ruskin Bond and published by Rupa Publications. He has contributed articles regularly to several magazines such as, 'The International Indian', 'Telelife', 'B2B digest' and 'Young Times' - all in Dubai, and Political and Business Daily in India.

He has translated the first volume of poems of the national award-winning poet Padma Shri Haldhar Nag into English titled KAVYANJALI. This book was selected by Odisha government library (Hare Krushna Mahtab Library) for distribution to district level libraries. POLITICAL & BUSINESS DAILY carried a good review of the translation work.

He was the editor and publisher of a national magazine for school children titled KLOUD 9. This quarterly magazine was conceived by him and was launched in May 2012. It is unique in that it publishes stories and poems written by school children from all over the country and abroad

You have subscribed to alerts for Surendra Nath.

You have been added to Surendra Nath's favorite list.

You can also sign-up to receive email notifications whenever Surendra Nath releases a new book.