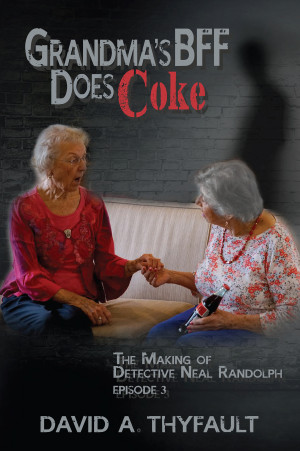 Meanwhile he has problems of his own. Its about time he be allowed to manage his own trust. He has three million dollars to work with. It shouldn't be difficult to make enough money to live on. All he has to do is replace his trustee, convert an old run-down commercial building into a thriving breakfast restaurant, solve a cold case murder and overcome the storm of the century.
Download: epub mobi (Kindle) pdf more Online Reader
lrf pdb txt
Price: Free! USD
Add to Library
Create Widget
Tags: fiction crime suspense mystery detective
About David Thyfault

Like most Americans I liked my career of several decades but I have to admit that I didn’t always approach themornings with wild enthusiasm.But then, I retired and discovered something I never would have guessed: When the day is mine, I love to get up even earlier. Now I’m the guy who wakes up the rooster. I still work as much as I ever did, only I now work on things that bring me a different form of compensation. Like writing books.

Some have asked me where I get my ideas, but it’s no mystery. I had a storied youth with six sisters and a wild family. When I wasn’t engulfed in that world, I spent a fair amount of my time wandering the alleys and streets of our neighborhood. A fellow learns a lot from all of those people even before he arrives for his first day of school. If he has the ability to recall the characters and the activities in which they engaged, and blend that with a dash of make-believe, there’s a goldmine full of fodder from which to draw his inspiration.

You have subscribed to alerts for David Thyfault.

You have been added to David Thyfault's favorite list.

You can also sign-up to receive email notifications whenever David Thyfault releases a new book.