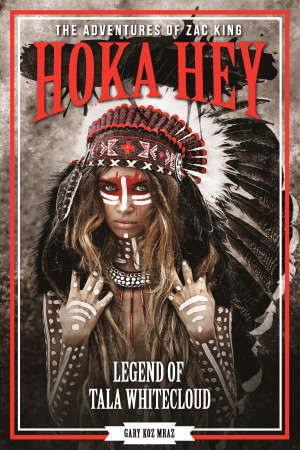 Gary “Koz” Mraz, an author and renowned moto-photo journalist writes for prominent travel and lifestyle magazines. He has published numerous travel books and the Adventures of Zac King thriller series. Koz travels the world on two wheels -- from China’s great wall to the Himalayan Mountains, to Europe and the back roads of America. His travel adventures feature interesting people and unique destinations in entertaining prose. Raised by a Wiccan Priestess, who published a magazine called “Occult Americana,” and a father who owned a nightclub called “The Zombie Club,” Koz was surrounded by beatniks and hippy chicks psychedelics at 13, motorcycles and metaphysics at 14. Since then, travel and adventure have become his mantra.

You have subscribed to alerts for Gary Koz Mraz.

You have been added to Gary Koz Mraz's favorite list.

You can also sign-up to receive email notifications whenever Gary Koz Mraz releases a new book.