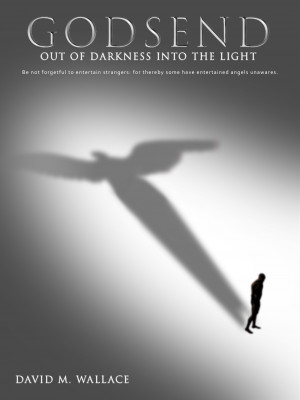 GodSend: Out of Darkness Into the Light

2. The Doorkeeper: After getting rid of his head usher, a new pastor faces an unwelcome visitor.
Rose: A Christian woman forms a deadly bond with two friends after the death of her husband.

SPECIAL PREVIEW:
David M. Wallace is proud to present a special preview to readers of his new faith-based graphic novel series, "Way of the Cross." Loosely based on the short story, "House of Mercy", this new graphic novel is a unique mashup of the faith-based & apocalyptic genres.

House of Mercy: Based on the Pool of Bethesda, a physical therapist searches for answers to help his depressed patients.

The Root of All Evil: A financially struggling church will soon find out their new charismatic pastor is not what he seems be.

The Awakening: A young man struggling to deal with his dysfunctional family learns the decisions that you make not only affect you but others as well.

The Voice: A successful R&B star comes face to face with the fallen chief musician of heaven & must make a life altering choice.

David M. Wallace is a director, writer and producer. His short films have won various awards showcasing Mr. Wallace's ability to develop unique with characters and innovative storytelling across film, television and digital platforms. Director, writer, producer David M. Wallace, began his career in Graphic Design, he holds a B.F.A. in Visual Communication with a specialization in Graphic Desig

Perfect book for those who lost focus in what God called us to do. Easy read and spiritually inspiring.

You have subscribed to alerts for David M. Wallace.

You have been added to David M. Wallace's favorite list.

You can also sign-up to receive email notifications whenever David M. Wallace releases a new book.