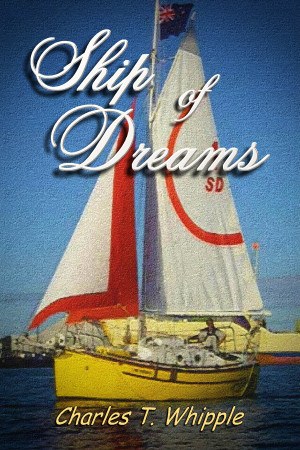 What you are [reading] is not simply an account of a thwarted attempt at solo circumnavigation. Rather, it is a testimony to not sitting on a porch, couch or chair, regaling any ear and all about what they almost did or wanted to do. This story is about building a dream from the ground up and being tenacious and unwavering in your vision. Charlie inspired me to follow my own dreams (and his steps) in becoming a broadcaster. Whether you are hoping to conquer the world by boat, media or pen, Charlie's words should serve as testament to putting your aspirations into action. Read this book, then go do something. --Michael Anthony Smith / The River 97.3 WRVV-Harrisburg, Pennsylvania.
Available ebook formats: epub mobi pdf lrf pdb txt html
First 15% Sample: epub mobi (Kindle) lrf more Online Reader
pdb
Price: $3.99 USD
Buy Add to Library Give as a Gift
How gifting works
Create Widget
Tags: sailing boating recreation boat building ship of dreams sailing adventures boating adventures charlie t whipple crafting a ship sea worthy
About Charles T. Whipple

Whipple was born in Show Low, Arizona. He spent two and a half years in Japan as a volunteer youth missionary, and majored in Japanese History as a graduate student and grantee at the East West Center, University of Hawaii. He is fluent in spoken and written Japanese, and has long been interested in the fantastic aspect of traditional Japanese tales. Whipple lives in the city of Chiba, the capital of Chiba Prefecture, which encompasses the ancient Kanto Kingdoms of Awa, Kazusa, and Shimosa. Today, Chiba hosts the Magic Kingdom of Disneyland and is gateway to Japan via the international airport in Narita.

He has one wife, four daughters, two sons, and 19 grandchildren. Whipple writes western novels under the pen name of Chuck Tyrell and fantasy based on ancient Japanese history and mythology as Charles T. Whipple. Visit Charlie at his Blog: http://chucktyrell-outlawjournal.blogspot.com/.

You have subscribed to alerts for Charles T. Whipple.

You have been added to Charles T. Whipple's favorite list.

You can also sign-up to receive email notifications whenever Charles T. Whipple releases a new book.