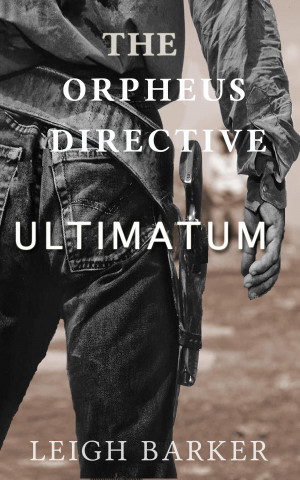 Orpheus knows his murderous attempt to silence Ethan by threatening his unit’s families has failed and that Ethan is coming to him.

Ethan doesn’t know that there’s a trap waiting for him, but it wouldn’t matter if he did. He’d go anyway, the stakes are just too high. More
Episode 9. Ultimatum: Season 3 - Ethan Gill Thrillers - The Orpheus Directive:

Orpheus knows his murderous attempt to silence Ethan by threatening his unit’s families has failed and that Ethan is coming to him.

Ethan doesn’t know that there’s a trap waiting for him, but it wouldn’t matter if he did. He’d go anyway, the stakes are just too high. He must stop Orpheus or the world will pay a terrible price.

And on the dark streets of the nation’s capital, the hitman Jimmy Detroit is spreading death as only he can. With clinical and ruthless efficiency.

While Ethan takes the fight to Orpheus, Andie makes a staggering discovery.

Ethan has issued his ultimatum and now they just have to stay alive.

Orpheus has a decision to make; comply with Ethan's demands, or die. At noon tomorrow.

Leigh was born in Dudley in the middle of England. He has been a merchant seaman, a (useless) electronics salesman, a programmer, and a business analyst. And now he is a full-time writer, but that doesn't make him a bad person.

He is presently writing 4 series:
Clan, following the adventures of Calum Maclean as he tries to avoid the Bonnie Prince but still protect his beloved Highlands.

The Hellfire Legacy Series follows US Marine Master Sergeant Ethan Gill and his team as they take on the jobs too hot for other special forces. They go where they're sent; South America, Middle East, Korea, but their most dangerous missions are on US soil.
Volume #1: A Whisper of Armageddon
Volume #2: The Hellfire Legacy
Volume #3: The Orpheus Directive

Eden, a three-volume series -Trinity is at war with Lucid, the son of Lucifer, and he will do whatever it takes to win. The Archangel Gabriel has an army but he needs more. He needs heroes, but they are few and far between. Which is why he gets Dylan and co. Not too much luck in Heaven then.
Volume #1: Eden's Last Hero
Volume #2: Winterwood
Volume #3: Requiem for Eden.

Soldiers is set in 1914 and follows John Regret and his 12-man squad on their suicidal mission to find and destroy the German howitzer nicknamed Big Bertha. Find it before it drops it's thousand-pound shells on the allied army retreating across France. A seemingly hopeless mission that just cannot fail.

Other occasional series include:
Anarchy, the 'completely true' stories of men doing what men do when there's nobody to keep them in check. Create mayhem and behave like monkeys on speed.

Coffee Break Reads - each issue has 5 stories short enough to read while taking a break from life. A mix of adventure, love, disaster, and fun. All with one thing in common; for a moment they transport the reader to another world.

Episode 1 of each Season is free and can be picked up with other free books at:
https://leighwbarker.com/my-library/
Just copy the link above and paste it into your browser and you're there...

About the Series: The Orpheus Directive

Following our hero and his squad as they bounce from an easy gig taking down a drug lord, to saving the world.

Just another day at the office.

Also in Series: The Orpheus Directive 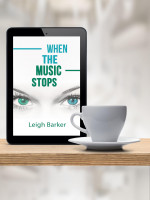 You have subscribed to alerts for Leigh Barker.

You have been added to Leigh Barker's favorite list.

You can also sign-up to receive email notifications whenever Leigh Barker releases a new book.