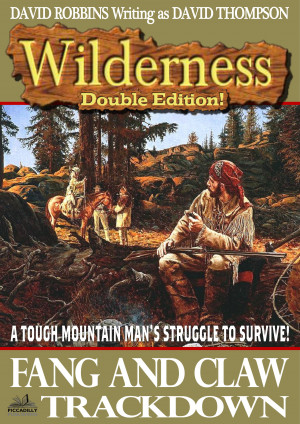 David L. Robbins was born on Independence Day 1950. He has written more than three hundred books under his own name and many pen names, among them: David Thompson, Jake McMasters, Jon Sharpe, Don Pendleton, Franklin W. Dixon, Ralph Compton, Dean L. McElwain, J.D. Cameron and John Killdeer.
Robbins was raised in Pennsylvania. When he was seventeen he enlisted in the United States Air Force and eventually rose to the rank of sergeant. After his honorable discharge he attended college and went into broadcasting, working as an announcer and engineer (and later as a program director) at various radio stations. Later still he entered law enforcement and then took to writing full-time.
At one time or another Robbins has lived in Pennsylvania, Texas, Oklahoma, Kansas, Montana, Colorado and the Pacific Northwest. He spent a year and a half in Europe, traveling through France, Italy, Greece and Germany. He lived for more than a year in Turkey. Today he is best known for two current long-running series – Wilderness, the generational saga of a Mountain Man and his Shoshone wife – and Endworld is a science fiction series under his own name started in 1986. Among his many other books, Piccadilly Publishing is pleased to be reissuing ebook editions of Wilderness, Davy Crockett and, of course, White Apache.

About the Series: Wilderness

In 1828, the Rocky Mountains were an immense, unsettled region through which few white men dared to travel. Only courageous mountain men like Nathaniel King and his companion Shakespeare McNair were willing to risk the unknown dangers for the freedom the wilderness offered. These are their adventures....

You have subscribed to alerts for David Robbins.

You have been added to David Robbins's favorite list.

You can also sign-up to receive email notifications whenever David Robbins releases a new book.