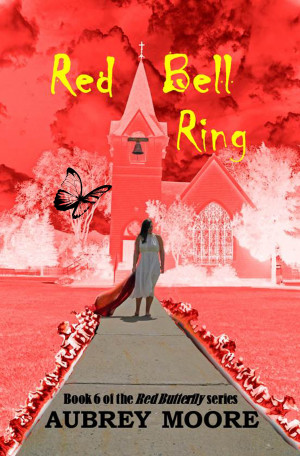 I was born to write. Since I was ten I sat on the stairs outside my grandparents' house and just...wrote! As a kid I'd write anything from romance to ghost adventures to "how to become a rock star."

Every Friday and Saturday night-instead of going out with friends, I'd be writing. Didn't matter what-I just had to write! I was consumed-a hermit no doubt, but I couldn’t sleep or work on homework until I had the next chapter or scene complete.

I started writing screenplays when I was twelve. I literally have over two-hundred story ideas written in journals (either full/complete stories or just ideas). Someone asked me-where do you keep all them? Where I can access them the easiest-under my bed in a massively large bin...

The Red Butterfly series came to me when I was sixteen. I wrote a screenplay about a girl who had "special powers" and could see ghosts. When I decided to evolve my characters and create a novel based off the story I quickly realized-Maya Colebrook's character needed to live on through multiple books. Thus where the six-book series came in.

Among the Red Butterfly series I have also been working on a Young Adult fantasy series in which a heroine must go on a “quest.” She too has “special powers.” These books will take place in a world not like Earth.

During this new adventure of mine, I’ve also started a publishing company, RipplEffect Books, in which I encourage young writers (16-22) to…write! The “ripple effect” notion is just as I intend to use it for-to help young writers establish themselves and to make their dreams come to life.

2018: I'm currently 30 years old and reside in Nevada with my wonderful husband, wild and carefree daughters, & a couple pets. I look out onto my sanctuary and thank God every day that I am ALIVE and doing what I love.

About the Series: Red Butterfly

Demons and evil lurk in the world of seventeen-year-old Maya Colebrook, especially the shadow man who murders her each night in her dreams-the same man who took her best friend, Lizzy's, life.

When Tucker, the handsome cowboy deputy she's falling for, is shot on duty, Maya has to distract herself from Lizzy's case. Twists and turns lead her to discover that her small town of Caldwell, Montana has been keeping dark secrets since the expansion of the new highway. When the two cases suddenly intertwine, Maya must find the shadow man before he finds her.

The only problem-the shadow man could be anyone.

Follow the heroic saga of Maya, a psychic medium who works with Caldwell, Montana's sheriff's department to solve murders and missing person cases.

During her journey, Maya also unravels the truth of her real parents she kept hidden deep within herself. Can she survive the demons haunting her night and day and can she really trust those she trusts the most?

Or, will she just become the winged creature in the ruby red sky?

You have subscribed to alerts for Aubrey Moore.

You have been added to Aubrey Moore's favorite list.

You can also sign-up to receive email notifications whenever Aubrey Moore releases a new book.