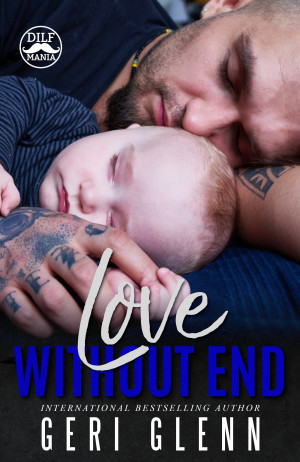 When he meets Emery Chase, her quick wit, ball-busting attitude and wonky smile captivate him. Too bad she’s not interested.

Never one to back down from a challenge, Xander sets out to win her over. He’s finally getting somewhere too, until his ex-wife shows up. And she’s not alone.

In the blink of an eye, Xander is a single dad with a little boy he’s not quite sure how to bond with, let alone care for, and a club that is imploding before his very eyes.

She lives in the Thousand Islands with her hubby, two young girls, one big dog and one terrier that thinks he’s a Doberman. Before she began writing contemporary romance, Geri worked at several different occupations. She’s been a pharmacy assistant, a 911 dispatcher, and a caregiver in a nursing home. She can say without a doubt though, that her favorite job is the one she does now–writing romance that leaves an impact.

She loves homemade cookies, copious amounts of coffee and Diet Coke by the case. You can connect with Geri on her website http://geriglenn.com where you can sign up for her newsletter to find out more about her less than glamorous life, and what she’s working on now.

You have subscribed to alerts for Geri Glenn.

You have been added to Geri Glenn's favorite list.

You can also sign-up to receive email notifications whenever Geri Glenn releases a new book.