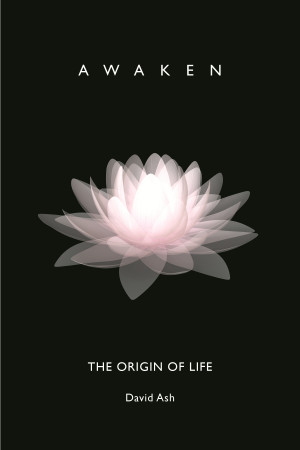 The Origin of Life: Awaken

By David Ash
The Origin of Life is concerned with consciousness and brings intelligence to the theory of evolution showing how super-energy worlds existing beyond the speed of light could have decisively influenced the origin of life on earth, and how our world can be visited by super-energy beings without our being aware of them.
Available ebook formats: epub mobi pdf lrf pdb txt html
First 20% Sample: epub mobi (Kindle) lrf more Online Reader
pdb
Price: $0.99 USD
Buy Add to Library Give as a Gift
How gifting works
Create Widget
Tags: spiritualism psychic 4th dimension pranic healing otherdimension 5th dimension multidimension
About David Ash

David Ash was born in Kent, England in 1948. One of eight children he was the second son Dr Michael and Joy Doreen Ash. David has been married three times and is father of nine children and grandfather of eleven.
David (with Peter Hewitt) is author of The Vortex: Key to Future Science, by Gateway books in 1990. He is also author of The New Science of the Spirit published in 1995 by the College of Psychic Studies in London. In the same year Kima Global Publishing of Cape Town published his book Activation for Ascension. Kima Global Publishing has published all his subsequent titles including: The New Physics of Consciousness and The Role of Evil in Human Evolution in 2007 and The Vortex Theory.
David travels the world speaking on the Vortex Theory and the Living Universe. He is also an accomplished musician and singer-song writer. David usually includes his music in his teaching programmes and concludes his workshops with a Sacred Sabai Blessing which is a sung meditation based on a Thai style ceremony.

Reviews of The Origin of Life: Awaken by David Ash

You have subscribed to alerts for David Ash.

You have been added to David Ash's favorite list.

You can also sign-up to receive email notifications whenever David Ash releases a new book.