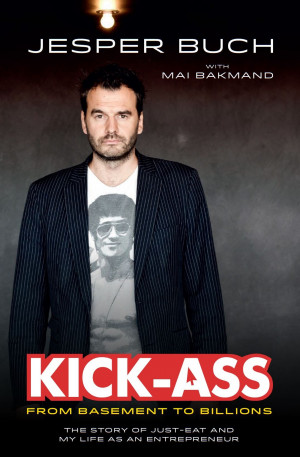 In 2000 Jesper Buch founded one of the world's biggest E-commerce successes which is known today as just-eat.com (Group).

The company started in a basement in a small town of Denmark and was breaking even in 2004. In 2005 Jesper decided to do it all over again and went to UK where he founded just-eat.co.uk. Besides being the CEO of UK he also managed to start up in Holland, Iceland, Sweden and Ireland. Just-Eat went on London Stock Exchange and the valuation around 7B USD.

In Sep. 2012, Jesper released his first book “Kick-Ass” about his personal story of the 10 years it took to build Just-Eat.

Jesper and his portfolio have been directly or indirectly involved in around 20 Series A fundings, B funding an C fundings as well as many seed- and bridge fundings.

Jesper Buch was awarded the "Pioneer Award 2014"​ for his work with internetcompanies in Denmark.

In 2015 Jesper Buch was rated no. 27 on WIRED´s top 100 list of most influential tech people in our world, across Europe.

Jesper is the first danish dragon in the program "Dragons Den" / "Shark Tank". The show is on national channel DR1 - season 1+ 2 + 3

in 2016 Jesper Buch became citizen of the year in his home town Kolding.

In 2018 Jesper released his second book “All In”

In 2018 Jesper received the E-Award in Spain in the category: “Tech person of the year”

You have subscribed to alerts for Jesper Buch.

You have been added to Jesper Buch's favorite list.

You can also sign-up to receive email notifications whenever Jesper Buch releases a new book.