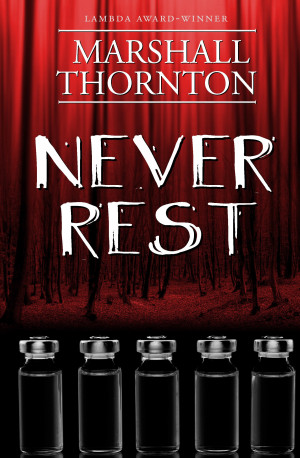 "With a deft touch, Thornton takes his dark premise—a dying boy whose mother will do anything capable of offering a shred of hope—and spins a coming-of-age story suffused with chilling darkness. Jake's voice as a boy confronted with a dire illness, facing down a potential love that may come at too high a cost, charms with genuine notes that don't fade even as the story twists further into the macabre. Thornton treads a fine line between horrific and coming-of-age, and doesn't once misstep." - 'Nathan Burgoine, author of Light and Exit Plans for Teenage Freaks

Marshall Thornton is a novelist, playwright and screenwriter living in Long Beach, California. He is best known for the Boystown detective series, which received an honorable mention in the 2011 and 2012 Rainbow Awards and was also a finalist for the 2012 Lambda Book Award – Gay Mystery. Other novels include the erotic comedy The Perils of Praline, or the Amorous Adventures of a Southern Gentleman in Hollywood, Desert Run and Full Release. Marshall has an MFA in screenwriting from UCLA, where he received the Carl David Memorial Fellowship and was recognized in the Samuel Goldwyn Writing awards. He has also had plays produced in both Chicago and Los Angeles and stories published in The James White Review and Frontier Magazine.

You have subscribed to alerts for Marshall Thornton.

You have been added to Marshall Thornton's favorite list.

You can also sign-up to receive email notifications whenever Marshall Thornton releases a new book.