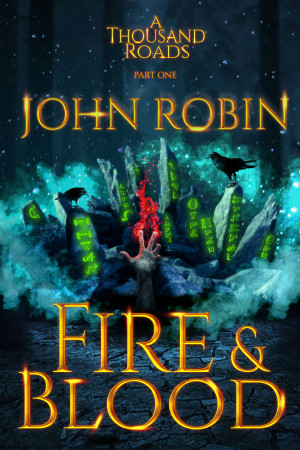 By John Robin
An orphan is drawn to an enchanted town, where rites of fire and blood will forever change him. More
Azzadul, the god-king, the Lord of Light revered by many. When the darkness corrupted him, he became the Dark Lord, feared the world over. His magic, once a gateway to immortality for his people, delved instead into horrors as he sought ever deeper levels of mastery. Children were stolen from their beds, coveted for his blood-rites. When he vanished, it all ended, and the people of the world tried to forget, to move on…

Jak Fuller is an orphan who has wandered from town to town as long as he can remember. He's never tried to find a home. He's only tried to escape the memory of a burning woman, to keep moving. Born ten years after Azzadul's disappearance, rumors of the Dark Lord's horrors have never mattered to him, until he comes to Fort Lasthall...

A legendary town on the outskirts of the Dark Lord’s former kingdom, Jak has felt called to it ever since the day he's heard of it. And now that he's arrived, he can't help but notice how easy life has become, as though he's meant to be here in this place before the mountains, where magic and stories of dragons abound, the one place Azzadul's power never could touch...

Where blood rites are practiced in secret, and conspirators who have never forgotten the Dark Lord's ways are everywhere, even among those most trusted...

And they have been waiting for Jak a long time.

It all began when he was an eight-year-old boy, when he discovered Tolkien’s map of Wilderland tucked in the pages of an old, beat-up copy of The Hobbit on his grandmother’s bookshelf.

From that point onward, John Robin knew he was destined to make his own world and tell stories about it. Over a period of twenty years, he read the great fantasy epics, learned the craft of storytelling, wrote three novels just for practice (unpublished), and all the while his fantasy world and unique vision as a writer ripened. Growing up in the 80’s and 90’s, the fast change of technological advancement was also a heavy influence on his world-building and magic system, an analog of how mastery over environment can change the human condition. A teenage addiction to horror movies and gritty comic books also added its touches to his work. The result is an epic that channels the same deep, mythic epic notes of Tolkien, but more contemporary and dark.

After working for many years in academia and adult education, John left his job to pursue his dreams as a writer. Having cut his teeth as an editor at a small publishing company, John decided that, while he worked hard to prepare his debut novel, he would build a book production business to help connect self-publishing authors with editing, cover, design, and marketing services based on the traditional model. He presently is the creative director, senior editor, and production manager for his company and oversees a team of twelve.

When he’s not writing, John enjoys reading, listening to educational podcasts, playing chess, recreational mathematics, drawing trees or maps with pen, creating vector graphic artwork (mostly fractals), working with textiles, playing classical piano (especially Beethoven and Chopin), long distance running and strength training, gardening, long walks, serially watching his way through TV series’ in the evenings, board game nights with friends, and of course…pandering to the whims of his cat, Wizard, who is the true muse behind his stories.

About the Series: A Thousand Roads

Also in Series: A Thousand Roads 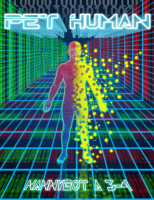 Reviews of Fire and Blood by John Robin

You have subscribed to alerts for John Robin.

You have been added to John Robin's favorite list.

You can also sign-up to receive email notifications whenever John Robin releases a new book.