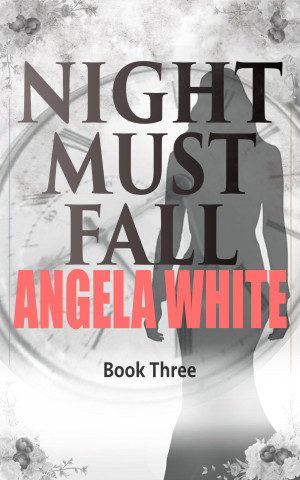 Rated 5.00/5 based on 1 review
Another Wild Ride
Alexa and her crew made it through the Killing Fields and found the road that will take them to the first portal that they hope to close. With the help of a blessed knife and a family friend, their next adventure shouldn’t be so harsh. Except, the knife isn’t blessed and the family friend is insane. Night Must Fall, for everyone.
Available ebook formats: epub mobi pdf lrf pdb txt html
First 20% Sample: mobi (Kindle) lrf pdb Online Reader
Price: $3.99 USD
Buy Add to Library Give as a Gift
How gifting works
Create Widget
Tags: vampire magic apocalypse dark fantasy zombie quest dystopian
About Angela White

Reviews of Night Must Fall by Angela White

This book of the series was my favorite one to read by far. The action was constant and it was just the right size. Not once did I get bored reading it, or found it to long or to short. The characters are more defined and it is nice to learn more about the past of these awesome characters. The balance in this book was perfect. This series is a must to read for all who love apocaliptic types of tales. With just the right hint of magic, the right amount of fighting, with good survival types of stories, this book is all I needed to just feel at peace.

You have subscribed to Smashwords Alerts new release notifications for Angela White.