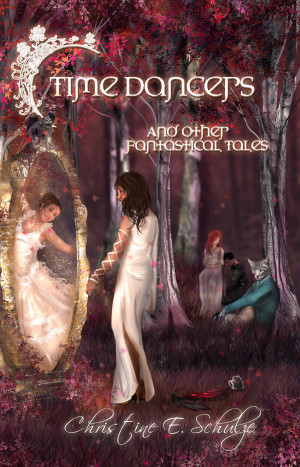 Time Dancers and Other Fantastical Tales

Time Dancers combines Schulze's most epic short stories and novellas in this collection of magic, mystery, romance, and the most fantastical adventures.

Christine E. Schulze has been living in castles, exploring magical worlds, and creating fantastical romances and adventures since she was too young to even write of such stories. Her collection of YA, MG, and children's fantasy adventure books, The Amielian Legacy, is comprised of series and stand-alone books that can all be read separately but also weave together to create a single, amazing fantasy.

One of her main aspirations for The Amielian Legacy is to create grand fantasy adventures with characters that connect with readers from many different backgrounds. She has always believed strongly in including diversity in her books; right now her focus is on including racial diversity and characters with developmental disabilities. The latter is inspired by Schulze working with adults with autism and other developmental disabilities at Trinity Services in Southern Illinois. She also donates 25% of all royalties to ALFA, a local charity that supports many of Trinity’s programs.

Some of her exciting ventures include the publication of her award-winning Bloodmaiden, as well as The Stregoni Sequence and The Chronicles of the Mira with Writers-Exchange in both paperback and electronic forms. Her published books for younger readers include In the Land of Giants, The Amazing K, and The Adventures of William the Brownie.

Her most recent project includes the professional re-editing and remastering of two YA fantasy series, The Gailean Quartet and The Hero Chronicles, the latter of which will be released under the new name A Shadow Beyond Time. For this series, she has also brought an amazing new co-author onto her team, Kira Lerner, whom she has used many a time as her editor for other works.

Christine currently lives in Belleville, IL, but you can visit her on her website:
http://christineschulze.com/

(And of course fanmail is the best stuff ever and is greatly appreciated!):
christineeschulze@gmail.com
~ or ~
18 Archview Drive
Belleville, IL 62221 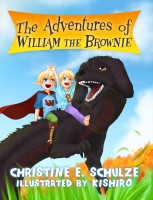 This series of anthologies was admittedly a little out of the comfort zone of what I've read before, but it truly is a gem. The beautiful world of Ameile as told through a collection of short stories is so fantastical, endearing, beautiful and enchanting it is well worth a 5 star review. Congratulations Christine, this is a beautiful series I'm looking forward to reading more of your works

You have subscribed to alerts for Christine E. Schulze.

You have been added to Christine E. Schulze's favorite list.

You can also sign-up to receive email notifications whenever Christine E. Schulze releases a new book.