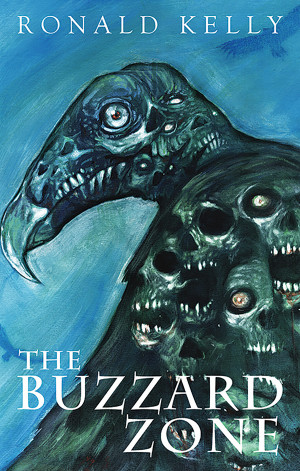 Ronald Kelly was born November 20, 1959 in Nashville, Tennessee where he was raised a Southern Baptist. He attended Pegram Elementary School and Cheatham County Central High School (both in Ashland City, Tennessee) before starting his writing career.

Ronald Kelly began his writing career in 1986 and quickly sold his first short story, "Breakfast Serial," to Terror Time Again magazine. His first novel, Hindsight was released by Zebra Books in 1990. His audiobook collection, Dark Dixie: Tales of Southern Horror, was on the nominating ballot of the 1992 Grammy Awards for Best Spoken Word or Non-Musical Album. Zebra published seven of Ronald Kelly's novels from 1990 to 1996. Ronald's short fiction work has been published by Cemetery Dance, Borderlands 3, Deathrealm, Dark at Heart, Hot Blood: Seeds of Fear, and many more. After selling hundreds of thousands of books, the bottom dropped out of the horror market in 1996. So, when Zebra dropped their horror line in October 1996, Ronald Kelly stopped writing for almost ten years and worked various jobs including welder, factory worker, production manager, drugstore manager, and custodian.

You have subscribed to alerts for Ronald Kelly.

You have been added to Ronald Kelly's favorite list.

You can also sign-up to receive email notifications whenever Ronald Kelly releases a new book.