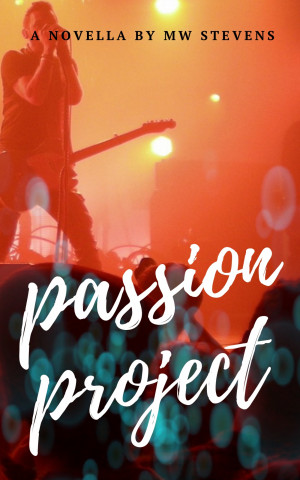 Passion Project is the daunting tale of a man who may legally be an adult, but he isn't a grown-up. And in his new world of love, lust, challenging relationships, and toxic friendships, he must learn to put his past behind him.
Available ebook formats: epub mobi pdf lrf pdb txt html
First 10% Sample: epub mobi (Kindle) lrf more Online Reader
pdb
Price: $2.99 USD
Buy Add to Library Give as a Gift
How gifting works
Create Widget
Tags: fiction romance drama love story romantic music rock star band rock band romantic drama
About M.W. Stevens

M.W. Stevens is an adventure/comedy writer from the United States. He started writing original fiction in middle school with very short stories, and continued writing fiction through college where he won awards and scholarships as presented to him by two college presidents and one state governor. After a four year break to try new things, He has returned to writing and hopes to bring joy and emotion to his readers for years to come.

You have subscribed to alerts for M.W. Stevens.

You have been added to M.W. Stevens's favorite list.

You can also sign-up to receive email notifications whenever M.W. Stevens releases a new book.