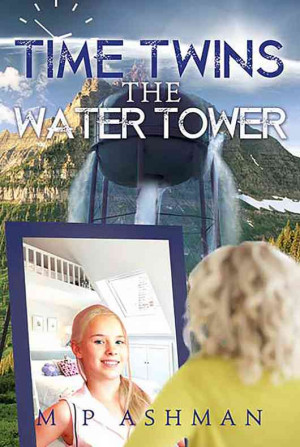 Time Twins, no.1 The Water Tower

The Water Tower Project is a council initiative to finally reclaim the poisoned water surrounding the town of Einstein's Plateau, reducing its dependence on tank water and creating a mains water source, but something doesn't seem quite right to Stacey Stevens. Only moments after deciding to research the project for her social studies assignment, she discovers several inconsistencies between what she learns and what they've been told. With only days until the facility becomes active, can she and Chase figure out what's really going on before it's too late?

M.P. Ashman was born in Maryborough, Queensland in 1985 but the family soon moved to Toowoomba, where Ashman has spent the majority of his life. Discovering a love of writing at eight years old, it was perhaps due to books such as The Neverending Story that his initial interest was in fantasy fiction. Many years later however, he began to carve out his niche in Science Fiction with the initially self-published offering Time's Child in 2014. However, this and other self-published titles were withdrawn from the market in 2016, with a view to seeking traditional publication.
The main characters of the Time Twins series were initially conceived in 2003 whilst Ashman was still at school, but it would not be until many years later that they would find their voice and their story.
Ashman continues to live in Toowoomba with his family including his cat, Prue.

You have subscribed to alerts for MP Ashman.

You have been added to MP Ashman's favorite list.

You can also sign-up to receive email notifications whenever MP Ashman releases a new book.