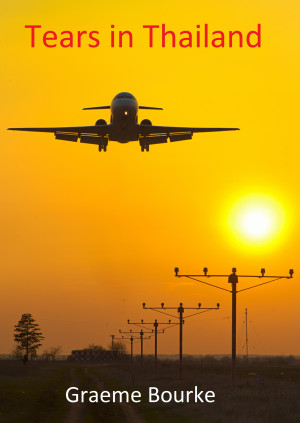 By Graeme Bourke
After suffering a series of traumatic emotional issues I was virtually shanghaied by my stepdaughter who booked me on flight to Thailand with two of my friends. Several trips later and into my second Thai girlfriend, I was introduced to her friend, a petite bargirl on the infamous Bangla Road in Patong Beach. From that moment on everything changed for me as fate and destiny took hold.

First 15% Sample: epub mobi (Kindle) lrf more Online Reader
pdb
Price: $3.99
$2.79 USD
Buy with coupon Use the code AGB30 at checkout for 30% off during our site-wide promotion!
(Offer good through May 31, 2020 )
Have a better coupon?
Add to cart, then apply your coupon
Add to Library Give as a Gift
How gifting works
Create Widget
Tags: romance travel culture guide food bars hotels thailand
About Graeme Bourke

In 1985 Graeme took up fly fishing in Tasmania and during this journey he kept a diary which was used to produce his first non-fiction book "Come Fly Fish With Me," which has now been put up as an ebook. This book received wide acclaim from the fly fishing fraternity. He then completed a correspondence course on writing and began writing articles for sporting and travel magazines. In 2008 he published his second book on fishing "If Only The World Would Go Fishing." His main ambition was to write fiction, so in 2010 he published "Hawkins' Grove" which has also been converted to an ebook. These three books are available in hard copy from "Window on the World" bookshop in Ulverstone, Tasmania. Mountain Pride, The Ghost Ship,The Gates of Hell and The House of Dreams are only available as ebooks. In June of 2014 Graeme uploaded the first book in his trilogy "The Orphan and the Shadow Walker: The Awakening" the feedback has been very positive. Sales from the second and third book have been encouraging. An Ancient Warrior is his most recent fiction novel. Graeme writes book reviews for a local newsletter and from the these he has compiled the best of these reviews so If you are looking for a book to read he guarantees you will find something here. He has just published a new book called A Fortunate Destiny, a love story set in the early seventies around the trauma of the Vietnam War. Tears in Thailand has now been published. This is a true story telling of Graeme's journey in Thailand, his experiences and emotions as he enjoys the land of smiles. Copies also available at Window on the World book store in Ulverstone, Tasmania. Graeme has received excellent feedback from around the world for his work but is still ignored by mainstream publishers. 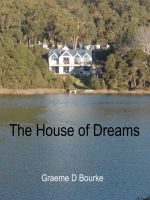 You have subscribed to alerts for Graeme Bourke.

You have been added to Graeme Bourke's favorite list.

You can also sign-up to receive email notifications whenever Graeme Bourke releases a new book.