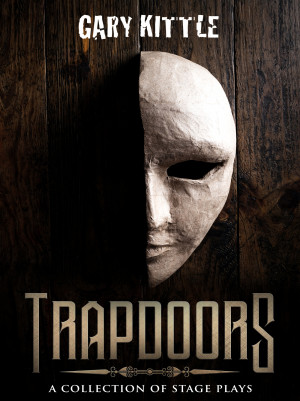 Gary Kittle is the author of eight eBooks. He was twice shortlisted for the Essex Book Festival Short Story Competition and his play 'Walking Through Wire' was staged (and filmed) in London in 2014. Many of his shorter screenplays have been filmed by Film Colchester and DT Film Productions. 'Data Protection', written by Gary for Dan Allen Films, was shortlisted for the Sci-fi London 48 Hour Film Competition. He has won the 1000 Word Challenge with 'The Uncertainty Principle', and twice been shortlisted, finishing runner-up with 'Kismet'. He was also runner-up in the Storgy Halloween Short Story Competition with 'The Gag Reflex'. His latest books are 'Trapdoors', a collection of stage plays, and a companion volume of radio plays, entitled 'Tripwires'. He is currently writing a new novel, which he intends to publish before the end of the year. He is also releasing a serial horror novel, ‘A Town Called Benny’, with episodes published every Friday and available to subscribers only.
Gary lives and writes in Wivenhoe, Essex, and strongly suspects that given his frantic writing schedule he has almost certainly developed the ability to travel through time.
Visit him now at https://www.gkittle.com/

You have subscribed to alerts for Gary Kittle.

You have been added to Gary Kittle's favorite list.

You can also sign-up to receive email notifications whenever Gary Kittle releases a new book.