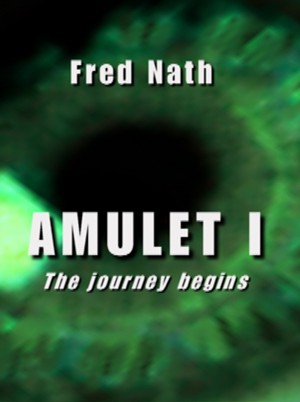 By Fred Nath
A Roman adventure, set at the end of the Roman Republic - a page-turning rollercoaster of love battle and adventure. More
82 bc; on the streets of Rome a young thief, Aulus Veridius Scapula, survives by house-breaking and living off his wits. Captured by a retired Legionary Prefect, Quintus Cerealis, he is forced into the Legions.
His journeys take him to Pontus, to love, loss, battle and adventure.
Will he unlock the secrets hidden in the amulet? only the Gods can tell.
A Roman adventure set in the Caucasus region.
Download: epub mobi (Kindle) pdf more Online Reader
rtf lrf pdb txt
Price: Free! USD
Add to Library
Create Widget
Tags: historical fiction roman fiction adventure ancient battles
About Fred Nath

Fred Nath is a full time neurosurgeon. He lives in the northeast of England with his wife and daughter, his three sons having grown up and flown the coop. In his time, he has run twenty consecutive Great North Run half-marathons, trekked to 6000m in Nepal, crossed the highest mountain pass in the world and began writing, like John Buchan, "because he ran out of penny-novels to read and felt he should write his own." Fred loves a good story, which is why he writes

You have subscribed to alerts for Fred Nath.

You have been added to Fred Nath's favorite list.

You can also sign-up to receive email notifications whenever Fred Nath releases a new book.