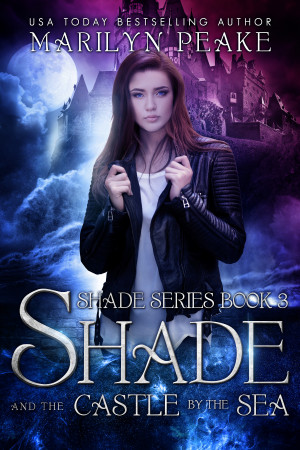 Shade and the Castle by the Sea (Shade Series Book 3)

By Marilyn Peake
Shade begins her freshman year at Ocean View College. Located on a secret island, Ocean View is designed to train students with magical abilities. Shade is a ghost whisperer. At Ocean View, she meets witches, faeries, selkies and shapeshifters, in addition to other ghost whisperers. In the waters off a remote stretch of beach, she meets a merman with whom she falls deeply in love. More
With all the other fish in the sea, your first crush needn’t be human.

Shade and her best friend, Kai Zahnii, begin their freshman year at Ocean View College. Located on a secret island off the coast of California, Ocean View is a special place specifically designed to train students with magical abilities. Shade is a ghost whisperer. Kai is an empath and healer with the innate ability to become a Navajo shaman. On campus, their worldview is expanded as they meet witches, faeries, selkies, shapeshifters and others like themselves.

Ocean View has incredible facilities and buildings that look like castles. Down by the sea, merpeople interact with students. In the waters off a remote stretch of beach, Shade meets a merman with whom she falls deeply in love. Everything seems idyllic and magical. That is, until Shade discovers a horrible secret about the college, one that will haunt her dreams and waking moments.

USA TODAY and Wall Street Journal Bestselling Author Marilyn Peake writes Science Fiction and Fantasy. She’s one of the contributing authors in Book: The Sequel, published by The Perseus Books Group, with one of her entries included in serialization at The Daily Beast. In addition, Marilyn has served as Editor for a number of anthologies. Her short stories have been published in numerous anthologies and on the literary blog, Glass Cases. 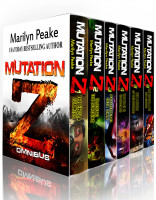 You have subscribed to alerts for Marilyn Peake.

You have been added to Marilyn Peake's favorite list.

You can also sign-up to receive email notifications whenever Marilyn Peake releases a new book.