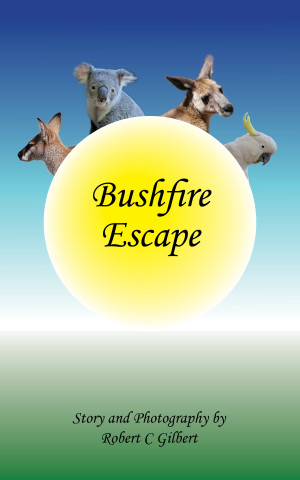 Author Robert C Gilbert was born in Brisbane, Australia, and is married with 3 children and 5 grand-children.

He had a successful career in the IT industry for 40 years. From 1993 he contracted for many national companies in various IT roles including Project Manager and Systems Analyst, but mostly as a Software developer. Part of the duties included writing Reference Manuals for various computer applications he had designed. While these were technical in content and for limited audiences, they were fun to write, and so the writing bug started.

He undertook a creative writing course in 2005, but family and work commitments were still too demanding to allow any time to write stories, so his author ambitions fell dormant.

After retiring from the IT industry he ran a few small businesses, but these weren’t very fulfilling.

It was when he was reading some stories to his grand-children that he decided to revisit his writing interests, and to combine that with his other interest of photography. And “Beresa Children’s Stories” was born.

You have subscribed to alerts for Robert C Gilbert.

You have been added to Robert C Gilbert's favorite list.

You can also sign-up to receive email notifications whenever Robert C Gilbert releases a new book.