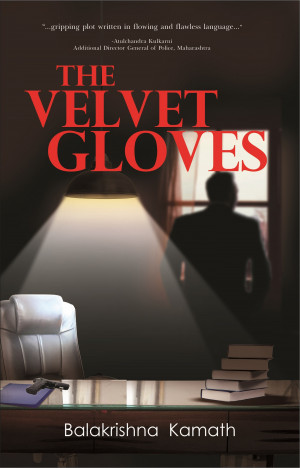 Balakrishna Kamath is a retired Intelligence officer of a premier Intelligence agency of India. He is a recipient of the coveted national-level honours such as the Indian Police Medal and President's Police Medal. Although passionate about writing, being in Intelligence service, Kamath had no opportunity to write for the open media. It was only after he hung up his professional boots that he started writing, mainly fiction based on spy and intelligence operations. His first novel 'The Velvet Gloves', a thriller published in November 2018, was received well, and is being adapted into a web-series. With his first book, Kamath demonstrated his flair for telling stories on intelligence operations that can keep the reader spellbound.

Reviews of The Velvet Gloves by Balakrishna Kamath

You have subscribed to alerts for Balakrishna Kamath.

You have been added to Balakrishna Kamath's favorite list.

You can also sign-up to receive email notifications whenever Balakrishna Kamath releases a new book.