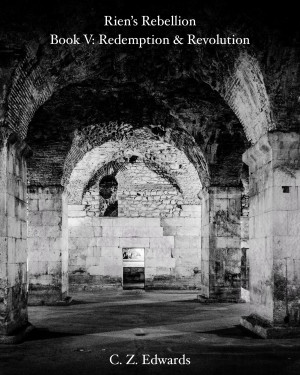 C. Z. is a writer in Boulder, Colorado. She can often be found on Twitter, snarking about fashion, posting kitty pics, and word counts. She is a fan of the Oxford comma, epic fantasy, The West Wing, and cinnamon.

About the Series: Rien's Rebellion

Once upon a time, a nation’s fate depended on an informant, a lawyer and a warrior.

They all lived under a good Monarch’s leadership.

Until he was assassinated.

Galantier’s politics can be vicious, corrupt, and unfair, but not deadly. They’ve got a war they can’t win and dare not lose on their border. Everything depends on a practical, cooperative government, including a smooth succession.

Vohan made that easy. For 25 years, he’s been a steady, reasonable monarch and leader. He raised his daughter, Cazerien, to serve Galanteran justice. His nephew, Laarens, leads in the Galanteran army. They will follow him.

Now Vohan is dead, and Galanteran politics have turned bloody. Nothing will ever be the same.

Cazerien believes in the law — not just as her profession, but as a faith and the wisdom that allows her people to thrive. She knows Galantier’s game, and she plays it well. Laarens believes in Cazerien and the arts of war.

And someone knows what their adversary must keep secret.

A nation struggles to be born from the ashes of the kingdom Vohan left. 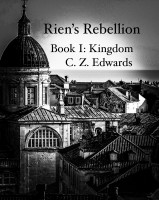 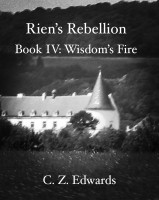 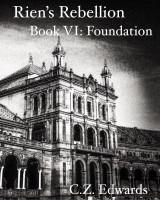 You have subscribed to alerts for C. Z. Edwards.

You have been added to C. Z. Edwards's favorite list.

You can also sign-up to receive email notifications whenever C. Z. Edwards releases a new book.