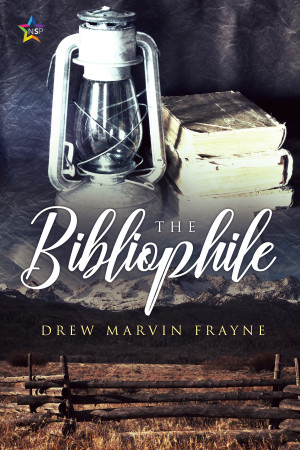 To toughen him up, Nathanial’s father has indentured him to a ranchman, Cayuse Jem, a large, raw-boned, taciturn man Nathanial’s father believes will help teach his son to “become a man.” Cut off from his books and the life he has always known, Nathanial is not only forced to co-exist with Cayuse Jem, but to truly get to know him. In doing so, Nathanial discovers there is more to this silent horseman than meets the eye. And, in the process, Nathanial also learns a few things about life, about human nature, and about the differences in being a man and a boy…
Available ebook formats: epub
Price: $5.99 USD
Buy Add to Library Give as a Gift
How gifting works
Create Widget
Tags: romance gay lgbt historical western age gap
About Drew Marvin Frayne

Drew Marvin Frayne is the pen name of a long-time author (Lambda Literary Award finalist) who is finally taking the opportunity to indulge his more sentimental and romantic side. When not writing the author lives with his husband of 20+ years and their dog of 10+ years in a brick home in the Northeast.

Reviews of The Bibliophile by Drew Marvin Frayne

You have subscribed to Smashwords Alerts new release notifications for Drew Marvin Frayne.

You have been added to Drew Marvin Frayne's favorite list.

You can also sign-up to receive email notifications whenever Drew Marvin Frayne releases a new book.