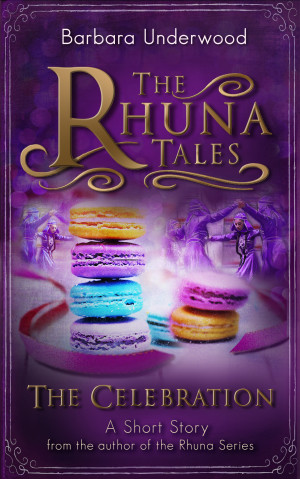 The Celebration (The Rhuna Tales Book 2)

The Rhuna Tales short stories series complements the full-length book series entitled A Quest for Ancient Wisdom.
Rhuna is a woman who lives in the mystical past when a highly-advanced civilization like Atlantis spread knowledge across the world and built megalithic structures such as the pyramids. In Rhuna’s world, these intellectual people of an idyllic society are called Atlans, and many of them possess the ability to change matter with the power of their minds. Although Rhuna is only part Atlan, she has inherited these Atlan abilities, not only to transform elements such as sand to stone and metal to gold, but also to summon visions of distant places and events.

This short story describes an event in Rhuna's life that takes place in the middle of Winter when the Atlan people celebrate a festival very similar to our modern-day Christmas. The time of this event is between the first full-length book (Rhuna, Keeper of Wisdom) and the second book (Rhuna: Crossroads) when Rhuna has a 10-year-old daughter. When heavy snow traps a group of people in the mountains near the City of Atlan, Rhuna discovers another aspect of her mental powers which can save them.
Download: epub mobi (Kindle) pdf more Online Reader
lrf pdb txt
Price: Free! USD
Add to Library
Create Widget
Tags: fantasy paranormal christmas short story fantasy female
About Barbara Underwood