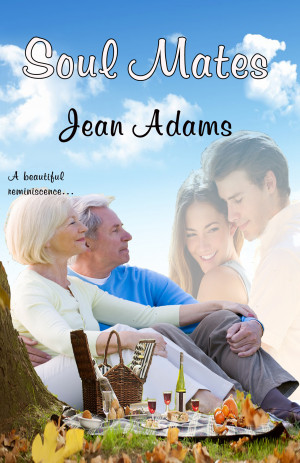 Leonard Carter is ready to quit Hollywood after a stellar movie career, but doesn’t know quite what to do. Then he sees a woman on a tour bus—a woman he’s loved all his life—and he knows exactly what to do.

Can they find each other again? After all this time? Most importantly, if they do, will they get a second chance at happiness?

Jean lives in the North Island of New Zealand, but she originally came from England. She loved the movies when she was growing up. That's probably where her love of storytelling started. In fact it didn't stop there. A few years ago, she went to Cornwall (her most favourite place in the whole world) and sat spellbound amongst the other kids while the resident storyteller at King Arthur's Castle at Tintagel told about Cornish folklore.

She once worked for an airline (several actually) and was lucky enough to travel for next to nothing - France, Spain, Portugal, India, the USA, Barbados, Australia, and of course, back to the old country.

After realizing that there was a serious lack of support for budding writers in my area of the world, she founded Romance Writers of New Zealand in September 1990.

You have subscribed to alerts for Jean Adams.

You have been added to Jean Adams's favorite list.

You can also sign-up to receive email notifications whenever Jean Adams releases a new book.