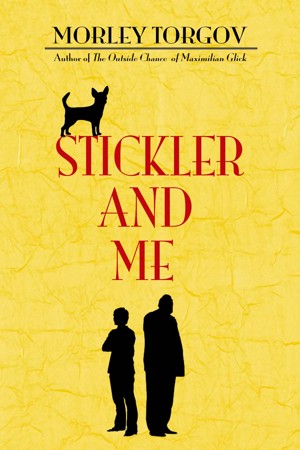 By Morley Torgov
Ben Marshall, 13, faces a summer of unpalatable choices: He can shuffle between his newly divorced parents, too distracted to notice him; or he can visit his grandfather Ira, a cranky, small-town lawyer, who is a stickler for rules. When Ira's wealthy client, Mrs. O'Hearn dies, instructing him in her will to "put down" her beloved dog, Ira rebels. With Ben as his accomplice, they go on the run. More
Morley Torgov's funny and touching story of a rebellious grandfather and his disaffected thirteen-year-old grandson who go on the run with an aging chihuahua captivated readers when it was first published. Torgov who twice won the Leacock Medal for Humour, is the author of eight novels. His first book, 'A Good Place to Come From', was made into a TV miniseries for CBC and adapted for stage (three full-length plays) by Israel Horovitz, produced in New York and across the U.S. His novel, 'The Outside Chance of Maximilian Glick' was adapted for an award-winning film and a TV series. Recently, he is the author of a mystery series set in the 19th century world of classical music. The first two novels in the series are 'Murder in A-Major' and 'The Mastersinger from Minsk (Dundurn).
Available ebook formats: epub mobi pdf rtf lrf pdb txt html
First 15% Sample: epub mobi (Kindle) lrf more Online Reader
pdb
Price: $4.99 USD
Buy Add to Library Give as a Gift
How gifting works
Create Widget
Tags: adventure law humour divorce grandparent on the run dog adventures stickler morley torgov
About Morley Torgov

Morley Torgov is the author of 'A Good Place to Come From', made into a CBC mini-series and three plays for stage by Israel Horovitz, playing on and off Broadway in the mid-1980s to critical and popular acclaim and elsewhere in the USA and Canada to this day. This title was also a CLA and Book of the Month Club selection. He is also the author of 'The Abramsky Variations', 'The Outside Chance of Maximilian Glick', 'St. Farb’s Day', and 'The War to End All Wars' and two mysteries, 'Murder in A-Major', and 'The Mastersinger from Minsk'. He has written plays for CBC radio and television and his work has been adapted to the stage. He has twice won the Leacock Medal for Humour. Torgov received a degree from the University of Toronto, an honorary D. Litt from Laurentian University, and has written numerous articles for the Globe and Mail, Toronto Star, Montreal Gazette, New York Times Sunday Magazine, and other periodicals. His essays have appeared in Family Portraits and Beyond Imagination. Torgov lives in Toronto where he practises law.

Reviews of Stickler and Me by Morley Torgov

You have subscribed to alerts for Morley Torgov.

You have been added to Morley Torgov's favorite list.

You can also sign-up to receive email notifications whenever Morley Torgov releases a new book.