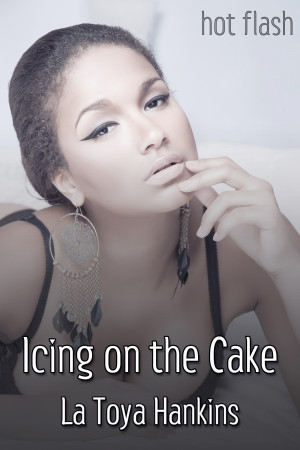 Icing on the Cake

Her reason is simple -- to celebrate their life together and their love. In a culture that tries to erase their role in society, Octavia and Audre decide the sweetest revenge is to enjoy each other and some sweet adult time together. Red velvet cake may be just a mixture of eggs, butter, and milk, but the icing on the cake is the love two Southern women have for each other.

Note: This short story was originally published in the charity collection, Love Is Proud.

La Toya Hankins is a native of North Carolina and currently resides in Raleigh, NC. A graduate of East Carolina University, she earned her Bachelor of Arts in journalism with a minor in political science. During her college career, she became a member of Zeta Phi Beta Sorority and later served as second vice president for one of the largest graduate chapters in North Carolina.

After working as a regional reporter and features editor in the Charlotte metro area for seven years, she entered the world of banking. Presently employed with the State of North Carolina, she divides her time between being a proud pet parent of an 8-year-old terrier named Neo and volunteering in the community.

Currently serving as the co-chair of Shades of Pride, organizer of the annual Triangle Black Pride, Hankins is an active supporter of LGBT issues and addressing health disparities that affect her community. Her literary influences and loves include Zora Neale Hurston, Walter Mosley, Anne Rice, and Pearl Cleage. Her motto, borrowed from Hurston, is “I do not weep at the world, I am too busy sharpening my oyster knife.”

About the Series: Hot Flash

You have subscribed to alerts for La Toya Hankins.

You have been added to La Toya Hankins's favorite list.

You can also sign-up to receive email notifications whenever La Toya Hankins releases a new book.