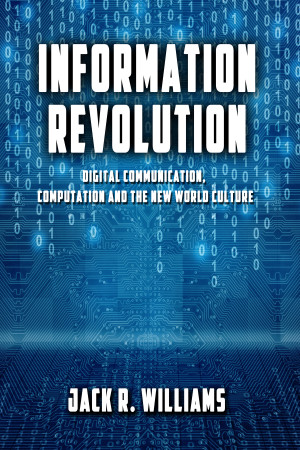 Jack Williams has advanced degrees in Electrical Engineering and Economics. He has published over 20 peer-review papers in technical journals and elsewhere. These were on statistical detection and information theory and conceptualized mostly military machines in radar, sonar, intelligence and communications. Several countries deploy these. He flew as an aircrew member in the U.S. military for four years and made worldwide deployments. He supported and lived with the Chinese Air Force in Taiwan for three years. He served on NATO’s Armament Committee in a multinational NATO frigate design for two years. He has also traveled widely in support of U.S. and other militaries and on commercial business. He was a designer on both Low-Flyer and High-Flyer intelligence aircraft and on missiles and satellites.

He co-authored the book, Diaspora to the Sun — Through Revolution, War and Cold War listed on Amazon and elsewhere. It is a true epic journey.

You have subscribed to alerts for Jack R. Williams.

You have been added to Jack R. Williams's favorite list.

You can also sign-up to receive email notifications whenever Jack R. Williams releases a new book.