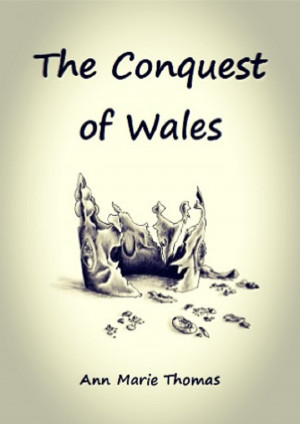 The Conquest of Wales

Writing poetry and making up stories since she was a child, Ann only began to write for publication when her children left home. Her ambition was to write science fiction, but, fascinated by Swansea Castle and distracted by a major stroke she researched local history, an interest that culminated in the publication of her first book Alina, The White Lady of Oystermouth at Easter 2012. Early retirement gave her more time to concentrate on her writing.

The sales of over 300 copies of Alina in local shops and museums, and at speaking engagements, led to a second local history book, Broken Reed: The Lords of Gower and King John in September 2013, and then to The Magna Carta Story: The Layman’s Guide to the Great Charter at Easter 2015. The latest book, Medieval Gower Stories, is a collection of ten other stories she found in her research, published in October 2017.

During her stroke recovery she wrote poetry, which she published as My Stroke of Inspiration in August 2015, a surprisingly cheerful collection. There is also a Christian resource book called Blinded by the Light.

She is still writing science fiction, a series called Flight of the Kestrel, and the first book Intruders was published in April 2016. The second, Alien Secrets, was published in October 2018. There are at least two more books planned, watch out for Crisis of Conscience and Planetfall.

You have subscribed to alerts for Ann Marie Thomas.

You have been added to Ann Marie Thomas's favorite list.

You can also sign-up to receive email notifications whenever Ann Marie Thomas releases a new book.