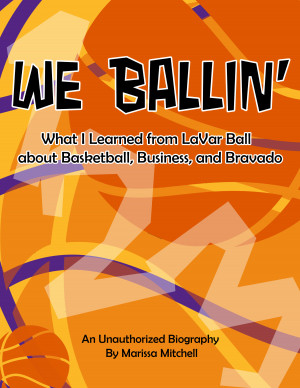 Marissa Mitchell, daughter of a lawyer and a doctor, grew up in Chino Hills, California. She graduated as Valedictorian from Don Antonio Lugo High School, and thereafter attended University of California, Los Angeles. There, she completed her Bachelor of Arts degree with honors (cum laude) in English Literature. After a short stint in a post-baccalaureate program for medical school at University of Southern California, she pursued and obtained a Master’s in Education from the same (USC).
Throughout college and into her teaching career, Marissa wrote recreationally and professionally. She created her own blog, wrote poems, and contributed curriculum to various nonprofit organizations, including e-Girl NPO and the special education “Champions Curriculum.” Marissa began her career in writing officially upon drafting the biography of LaVar Ball, as well as articles about the Ball family in local newspapers and magazines. She also freelanced for ABC Publications, based in Chino, California, and Become a Champion magazine, based in Denver, Colorado. In February 2017, she opened her own freelancing business called Esther Enterprises, coined after her Jewish name. For email inquiries, send a message directly to Marissa via her business email: marissa@esthere.com. Or, visit the website for the book at www.weballinthebook.com.

You have subscribed to alerts for Marissa Mitchell.

You have been added to Marissa Mitchell's favorite list.

You can also sign-up to receive email notifications whenever Marissa Mitchell releases a new book.