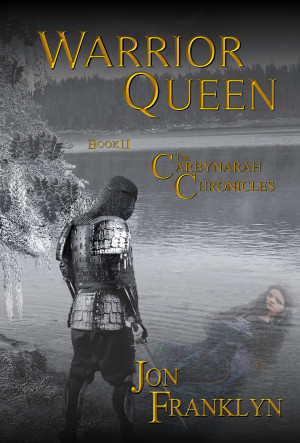 I love reading a book that pulls me in and captivates me! I was so engrossed in the story and visualizations, that I didn’t realize it was 2 am! I am sooo looking forward to book 3! Way to go Jon!
Linda – Washington

What a great addition to this awe-inspiring series. Even thou this is only the second book . Mr. Franklyn has added more mystery to the tale, which unfolds nicely .Can't wait for book 3 do yourself a favor and read this book. It is well worth your time.
Jeffrey – Pennsylvania

I was captivated by this book and found myself hoping that it would never end. I thoroughly enjoyed the book and it constantly surprised me even at the end!!
Jamison - Oregon
Available ebook formats: epub mobi pdf lrf pdb txt html
First 20% Sample: epub mobi (Kindle) lrf more Online Reader
pdb
Price: $3.99 USD
Buy Add to Library Give as a Gift
How gifting works
Create Widget
Tags: carbynarah carbynarah chronicles
About Jon Franklyn

Franklyn was born in the majestic San Juan Islands, in Washington State (ten miles east of Vancouver Island) surrounded by artists and writers. Inspired by the faculty at his local high school, including the cousin of Kurt Vonnegut, author of over 25 books and plays, Jon always dreamed of writing his own book. Graduating from Anacortes High School, Westminster College, and the American Institute of Applied Politics, Franklyn worked on several political campaigns before he started his foray into business.

His business career eventually led him back to writing. In 2010, Franklyn sat down at a computer, and 90 days later he had written the first draft of “The Inset.” Years later, with the encouragement of his wife, Julie, he picked up the keyboard and pursued his career in writing. Several books later, Jon contacted an editor, and today you are enjoying the fruits of that labor.

You have subscribed to alerts for Jon Franklyn.

You have been added to Jon Franklyn's favorite list.

You can also sign-up to receive email notifications whenever Jon Franklyn releases a new book.