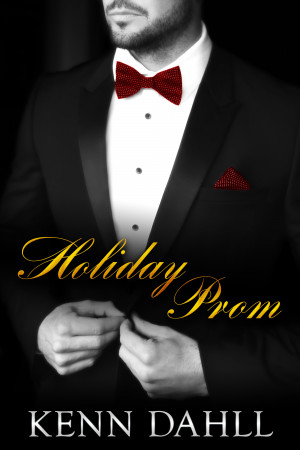 A brief fling with Larry proves to be a huge mistake, leading to a period of nearly total avoidance of the student by the graduate assistant. Graduation finally ends Garrett’s torment, until he learns Larry has another year to go to finish his dissertation.

Euphoria−disappointment−celebration−despair seem to be the pattern for the two mature men. Is their disagreement over attending the inaugural graduate student Holiday Prom−let alone wearing complementary formal attire to the affair−the last straw, ending their turbulent relationship?

First 10% Sample: epub mobi (Kindle) lrf more Online Reader
pdb
Price: $2.99
$1.50 USD
Buy with coupon Use the code SSW50 at checkout for 50% off during our site-wide promotion!
(Offer good through July 31, 2020 )
Have a better coupon?
Add to cart, then apply your coupon
Add to Library Give as a Gift
How gifting works
Create Widget
Tags: romance gay contemporary college spanking
About Kenn Dahll

Kenn moved from the gay ghetto called Wilton Manors, Florida to the much more dynamic, yet still extremely gay, District of Columbia area. More than thirty years ago he submitted a short story to a “one-hand magazine” contest and won a year's subscription. Since then he has written many stories, none of which he submitted for publication until August 2008 when one was included in Alyson Books’ Island Boys Anthology. Currently, he is thrilled to be published in eXcessica.com with over sixty titles. He is also published in two additional Alyson Books anthologies: Best Gay Love Stories 2009 and 2010. Generally, Kenn says he sees a hot male and constructs a fantasy story around him−how he’s dressed, what he might be thinking, what is his relationship with the other males around him be it in a bar, a bus, a restaurant, a bank, or even a church. Sometimes a situation encountered in Kenn’s daily routine, on vacation, or simply on a casual stroll around the neighborhood, inspires him and a story will take shape in his mind, which is then populated from his vivid imagination. Kenn claims to find few outlets outside of erotic fiction for his innate creativity and is pleased others are interested in reading what he writes.

You have subscribed to alerts for Kenn Dahll.

You have been added to Kenn Dahll's favorite list.

You can also sign-up to receive email notifications whenever Kenn Dahll releases a new book.