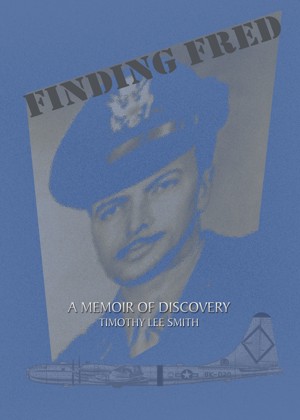 By Timothy Smith
Rated 4.75/5 based on 4 reviews
Things change in an instant. One minute a family is whole, the next it is completely and irrevocably altered by tragedy. At the age of sixty-two, the author and his family come to grips with the loss of a father and its profound effect on the lives of his family though a set of remarkable circumstances. More
In a memoir of resilience and grief, Smith chronicles the remarkable discovery of the truth about his father's life and death.

At the age of sixty-two, a lifetime's questioning of self and family stories is brought to conclusion through a remarkable series of events made possible by the internet and a certain serendipity.

Smith has taken the story of his father's untimely death, and woven it into a story of personal and familial struggles to survive in a difficult and often threatening world.

Tim has lived and worked in many places. His broad and eclectic background provide the background for his writing and commercial endeavors. Able to bridge distances between individuals and groups, he is sought after as a advisor/coach/consultant by leaders seeking experienced counsel.

Tim began writing poetry in 1975 and has published several volumes as well as having contributed to anthologies. As well, he is co-author of The Limerick Homer (the Iliad and Odyssey in limerick form) and The Greatest Little Transformation Book You'll Ever Read. Different Waters is his latest work of poetry available from Owl Oak Press.

In My Father's Seat
In 2008, not long after I received the folio of documents described in my memoir, Finding Fred, I had the opportunity to take a short flight in a B17. I was able to sit where he had on so many missions, and the sense of connection was remarkable. The flight was a catalyst for the memoir's creation.

I found "Finding Fred" to be a moving, well-written personal memoir. The story of Tim Smith's search to understand the father he never had a chance to know, and the desire to learn as much as possible about the circumstances of his tragic death will be source of inspiration and comfort for anyone who has similarly lost a loved one.

(reviewed 22 days after purchase)
Bob Steinberg reviewed on Jan. 1, 2012
(no rating)
Review by: Bob Steinberg on January 1, 2012: *****
The sudden loss of a father at a very young age – less than 2 years old, is one thing … but coping with a mother who permanently loses her spirit, is another. In particular, at the time of the 33 year old fighter pilot’s death, a very pregnant mother was not just bearing unimaginable grief, but she was also bearing her second son, a son who was born exactly one day after the sudden death of her husband. A death shrouded in mystery from an unlikely explosion during a test flight of a B50 bomber.

At less than 2 years old, Timothy Smith may have been chronologically too young to grasp the magnitude of the fast folding life-changing events, but psychologically he was so deeply affected, that many years later, it became a life-long quest to unravel the mystery that was clouded in government secrecy.

While coping with the many challenges of his painful upbringing, he began to dig into the scarce facts that the Air Force released concerning the death of his WWII Veteran B17 Fighter Pilot father. He also solicited his younger brother to join him in the quest to find out the truth – for there were rumors that pointed to very different circumstances to that of the government’s official report. Yet the more they searched, the more contradictions they found.

“Finding Fred” is a poignant accounting of the complexities of searching for the truth behind the loss of a dearly loved father, against the backdrop of the unresolved grief of a mother who had very little left to provide proper emotional support or to nourish her two young children. Yet these same two children, as they become adults, needed to find resolution – and it certainly was not forthcoming from the military bureaucracy. So, they were on their own – to follow their hearts, their minds and their instincts … to uncover the truth, however difficult it may be.

As a WW II air crew veteran's advocate, I'm constantly amazed at the pursuit that loved ones of the lost go through to find resolution, peace, and closure. Perhaps one of the best articulated records of such searches and struggles to know the facts and fate of a lost airman has been penned by Timothy Smith.

This post-WWII memoir of a father killed in an Air Force plane crash under hushed circumstances somewhere between secrecy and indifference sends tendrils of consequence through the relationship of a father and young sons. Smith's masterful account of dogged discovery, incredible good fortune and fateful synchronicity finally mends—however imperfectly—the chasm of not knowing the father stolen from him.

This is not your average seek and find memoir; I highly recommend this read.
Captain Mike, Bombardierslounge.com

As the saying goes, nobody escapes childhood unscathed. Tim Smith's childhood was impacted more than most by the sudden loss of his father in a plane crash. Not just any plane crash; it was a military training mission over the Arizona desert, ironic considering that Captain Fred Smith had survived 38 combat missions in Europe during WWII. What gives this story its power and poignancy is Smith's ability to evoke the the effects of the sudden loss on his mother, who gave birth to a second son the day following the disaster, and on his and his younger brother's lives.

Too young to grasp the tragic elements of his father's death, Smith experienced the awful emptiness, the hollowed- out core of the family through the visible suffering of his mother who had to go on with her life and raise her two boys. He weaves his remembrances of her with his own growing realization that his father's death remains a central issue in his and his family's lives. And the only way to achieve some sense of closure is to research and visit the site of the crash.

In the process , he and his brother learn more about the accident and their father than they ever hoped to. Regrets remain, but don't they always?

Tim Smith has written an intelligent and sensitive memoir that we can all enjoy and appreciate.

There are two phrases that occur throughout this story: "Things change in an instant" and "Regrets, there are always regrets" and these phrases both capture what is there and, in an odd, human all too human, strange all too strange way transcend themselves...for this is a story of discovery and loss, of illumination AND the obliteration of memory. I couldn't stop reading and I wondered why. Everything that I love is there in a way. My father was also in the war, was a depression man -- there's that yearning to somehow access what he (they) knew, whatever looms out of the past. There's the expertly limned story of growing up without a father and with a mother hurt forever by loss. But, finally, there is the strangeness of the discoveries described. I wanted it all. And loved it all.

One day everything changes, what is lost partially returns. A long journey.

I don't want to spoil the journey you will take for you. But here's the end:

"Jim pours out 15-year-old Glenlivet. We raise our glasses to Fred B. Smith and to the crew who perished there and to us, and the moment of a lifetime. We toast Richard for his selfless service and willingness to share what he knows with us. He’s trying hard to hold it together; it’s a loaded moment. I hug Steve—each of us with cup of scotch pressed against the other’s back—and say, “60 years on. A long time coming,” the words come out choppy, it’s hard to breathe. We hold one another fiercely, brothers in arms at the end of a long road both together and apart."

You have subscribed to alerts for Timothy Smith.

You have been added to Timothy Smith's favorite list.

You can also sign-up to receive email notifications whenever Timothy Smith releases a new book.