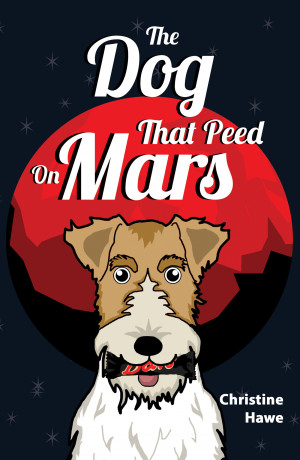 The Dog That Peed on Mars

Chris Hawe was born at the end of World War II in the South West of England. She left home when she married and produced her son in the mid-1960s and travelled to Singapore with her husband where she lived until 1969. In 2006 her husband died and sometime later she moved to the Scottish Highlands. She now lives and writes beside beautiful Loch Awe in Argyllshire.
She first started writing stories for her friends when she was nine years old. Encouraged by her English teacher she submitted one to a national newspaper and came second in a competition. It was only when her husband became ill that she started writing more seriously. The children's stories started when she was looking after four of her grandchildren while her daughter-in-law was completing her police training. To entertain them she would write a chapter then in age order they had to write another few pages. And very scary stories some of them were!

You have subscribed to alerts for Christine Hawe.

You have been added to Christine Hawe's favorite list.

You can also sign-up to receive email notifications whenever Christine Hawe releases a new book.