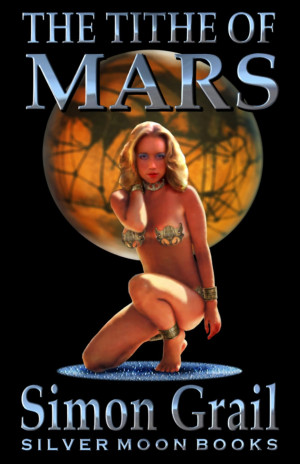 The Tithe of Mars

In 1916 the Martian's came to Earth and offered the British Empire advanced weapons that ended the Great War ? for a price. 17 years later Philippa Hardy fulfils her part of that deal: a tithe of young Empire women who are sent to Mars, where they are transformed into eager sex slaves. More
In 1916, at the height of the war in Europe, Martians came to Earth and made an offer to the rulers of the British Empire: they would supply it with advanced weapons in exchange for a tithe of all its eighteen-year-old women, who would serve time as their sex slaves on Mars, and then be returned home. In desperation, the offer was accepted.

By 1933, The Tithe has become part of Empire life, helping to maintain its power in the world. Turning 18, Phillipa Hardy is chosen to serve. On Mars, her body is enhanced not only to endure its harsh conditions, but to make it more pleasurable to her new alien masters. She responds to these changes with growing passion, falling helplessly in love with her Martian master. But there is a mystery about the Martian interest in human females that she cannot understand.

By the time she is returned home, Earth is almost an alien world to her. With a body and nature now attuned to submission, Phillipa feels compelled to go about naked in public. She also displays the stigmata of her service on her body. People are grateful for her sacrifice, but find her and other tithe women an embarrassment.

Reviews of The Tithe of Mars by Simon Grail

You have subscribed to Smashwords Alerts new release notifications for Simon Grail.

You have been added to Simon Grail's favorite list.

You can also sign-up to receive email notifications whenever Simon Grail releases a new book.