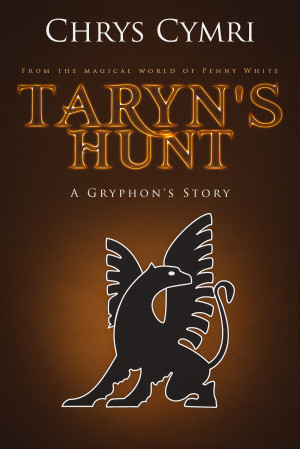 Inspector Taryn is proud of her record in the city's police service. She might be small for a gryphon, but even the most hardened criminals have learned to fear her abilities.

Now her Superintendent has given her a human male as a partner. Can Peter prove himself worthy as they investigate a series of suspicious deaths?

Priest by day, writer at odd times of the day and night, I live with a small green parrot called Tilly because the upkeep for a dragon is beyond my current budget. Plus I’m responsible for making good any flame damage to church property. I love ‘Doctor Who’, landscape photography, single malt whisky, and my job, in no particular order. When I’m not looking after a small parish church in the Midlands (England) I like to go on far flung adventures to places like Peru, New Zealand, and North Korea. 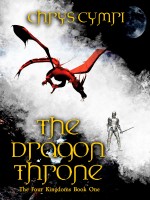 I enjoyed Chrys Cymri's "Dragon Throne" very much - but I struggled to get into this story and just couldn't read more than one-fifth of the way through it. I did not like this story at all.

A great story. A world parallel to our own, where mythical creatures have jobs e.g. unicorns are doctors and lawyers and others are very different to the typical genre e.g. vampires who eat solid food cannot fly.

Taryn received commendations for her police work but due to her small stature (the size of a house cat) and her alcoholic father she gets minimal attention from other gryphons. When her last partner is injured during their capture of a rogue vampire, her boss assigns Taryn a new partner Peter, a human with little knowledge of her world.

She distrusts him but they'll have to work together to solve a serial murder.

You have subscribed to alerts for Chrys Cymri.

You have been added to Chrys Cymri's favorite list.

You can also sign-up to receive email notifications whenever Chrys Cymri releases a new book.