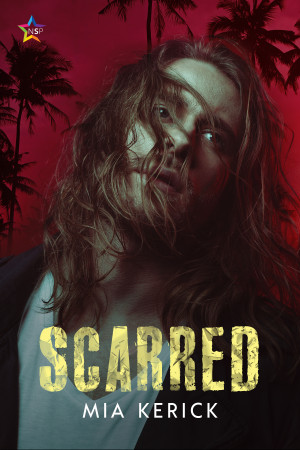 Placida Island’s ocean breezes and rolling surf beckon to those who yearn to escape. And those who need to hide.

Wearing scars on his back from brutal childhood abuse, Matthew North lives alone on a rustic shore. Gender fluidity his “crime,” Vedie Wilson flees his childhood home so he can express his identity.

Can they embrace each other’s painful pasts, leaving the scars behind to find love? More
Even in paradise, beautiful faces can hide scarred souls.

Placida Island’s gentle ocean breezes and rolling surf beckon to those who wish to reside in remote tropical serenity.

Wearing twisted ropes of mutilated skin on his back and carrying devastating damage in his soul from severe childhood abuse, Matthew North lives alone in a rustic cabin on the shore, avoiding human contact.

Gender fluidity his perceived “crime” against family and friends, Vedie Wilson flees his childhood home so he can freely express his identity.

Vedie’s past refuses to stay in the faraway city he left behind when family members, intent on forcing him to change, threaten the precious peace he’s found.

Too many scars to count.

Their beautiful faces masking deeply scarred souls, Matt and Vedie live in hiding from the world and each other.

Can they unite and embrace each other’s painful pasts, leaving the scars behind, to find love?

Price: $5.99
$3.00 USD
Buy with coupon Use the code SSW50 at checkout for 50% off during our site-wide promotion!
(Offer good through July 31, 2020 )
Have a better coupon?
Add to cart, then apply your coupon
Add to Library Give as a Gift
How gifting works
Create Widget
Tags: romance family drama gay lgbt ptsd contemporary
About Mia Kerick

Mia Kerick is the mother of four exceptional children—one in law school, another at a dance conservatory, a third studying at Mia’s alma mater, Boston College, and her lone son still in high school. She has published more than twenty books of LGBTQ romance when not editing National Honor Society essays, offering opinions on college and law school applications, helping to create dance bios, and reviewing English papers. Her husband of twenty-five years has been told by many that he has the patience of Job, but don’t ask Mia about this, as it is a sensitive subject.

Mia focuses her stories on the emotional growth of troubled young people and their relationships. She has a great affinity for the tortured hero in literature, and as a teen, Mia filled spiral-bound notebooks with tales of tortured heroes and stuffed them under her mattress for safekeeping. She is thankful to NineStar Press for providing her with an alternate place to stash her stories.

Her books have been featured in Kirkus Reviews magazine, and have won Rainbow Awards for Best Transgender Contemporary Romance and Best YA Lesbian Fiction, a Reader Views’ Book by Book Publicity Literary Award, the Jack Eadon Award for Best Book in Contemporary Drama, an Indie Fab Award, and a Royal Dragonfly Award for Cultural Diversity, among other awards.

Mia Kerick is a social liberal and cheers for each and every victory made in the name of human rights. Her only major regret: never having taken typing or computer class in school, destining her to a life consumed with two-fingered pecking and constant prayer to the Gods of Technology. Contact Mia at miakerick@gmail.com or visit at www.miakerickya.com to see what is going on in Mia’s world.

You have subscribed to alerts for Mia Kerick.

You have been added to Mia Kerick's favorite list.

You can also sign-up to receive email notifications whenever Mia Kerick releases a new book.