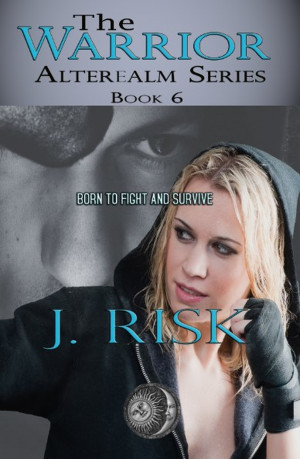 She’s a fighter, training herself to be the best, helping others to find their own strength, and fighting for those who have no options, she’s determined to help any who need her skills. More
Survival

That’s all she’s known. On the streets without family, protection or any idea how she got there.

Autumn could have surrendered to the hardships and allowed the difficulties and dangers of a life on the street consume her.

She’s a fighter, training herself to be the best, helping others to find their own strength, and fighting for those who have no options, she’s determined to help any who need her skills.

Suddenly finding herself with allies, warriors she’d only dreamed of, all banding together in the ultimate battle to protect those who can’t protect themselves.

New and unexpected information can answer old questions and open worlds beyond your wildest imagination.

J. Risk is a pseudonym used by Jacqueline Paige

I wanted to write a story that would fit into new adult levels as well as adult. Something that was serious with fun elements--paranormal / fantasy that everyone could read and enjoy.
I've decided to use J. Risk as the pen name for this to separate this series from my other writing which is definitely adult reading material.

Jacqueline Paige lives in Ontario in a small town that's part of the popular Georgian Triangle area.
She began her writing career in 2006 and since her first published works in 2009 she hasn't stopped. Jacqueline describes her writing as all things paranormal, which she has proven is her niche with stories of witches, ghosts, physics and shifters now on the shelves.

When Jacqueline isn't lost in her writing, she spends time with her five children, most of whom are finally able to look after her instead of the other way around. Together they do random road trips, that usually end up with them lost, shopping trips where they push every button in the toy aisle, hiking when there's enough time to escape and bizarre things like creating new daring recipes in the kitchen. She's a grandmother to seven (so far) and looks forward to corrupting many more in the years to come.

Jacqueline loves to hear from her readers, you can find her at
http://jacquelinepaige.com/

About the Series: The Alterealm Series

What would you do if you woke up in another realm where the residents are beings from fictional tales?

Where all those things that go bump in the night are real and other realities do exist!!

Also in Series: The Alterealm Series

You have subscribed to alerts for J Risk.

You have been added to J Risk's favorite list.

You can also sign-up to receive email notifications whenever J Risk releases a new book.