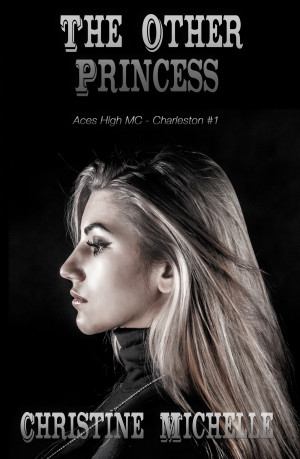 *Note: The Aces High Charleston Series should be read in order.
While each book revolves around different members of the Aces High MC Family, they all follow along a timeline that will lead to spoilers if you skip around. They do not have to be read in any particular order with Aces High Books from other chapters (Dakotas, Cedar Falls, etc.)

Book 1:The Other Princess (available now)
Coming in 2019:
Book 2:A Love So Hard
Book 3:The Princess & the Prospect
Book 4: The Killing Ride
Book 5: A Twist of Fate

The Charleston Chapter Series of the Aces High MC Franchise deals heavily with internal family themes, and is not your typical MC against MC with romance thrown in book. This is a family drama. The family just so happens to live and breathe bikes and the MC lifestyle. The only things blown up in this book will be a few hearts. ;) You have been warned!

This is a full length novel at over 80,000 words for the story (not counting preview chapters for the next book).

About the Series: Aces High - Charleston

We were supposed to be a family, but somewhere along the lines something broken destroyed us. Putting those pieces back together was the struggle that brought most of us to our beautiful happily ever after. The loss that brought us all together was one that we would all feel - forever!

The Aces High MC - Charleston Complete Series is comprised of five full-length novels that must be ready in order.
This is not your typical MC Romance, as it is more about internal family struggles than wild Motorcycle club adventures. Each of the five novels features a new couple with their own HEA (happily ever after), however there is a continuing storyline throughout.

Review
ewilly reviewed on on Jan. 24, 2020
(no rating)
Exciting and emotional.

You have subscribed to alerts for Christine Michelle.

You have been added to Christine Michelle's favorite list.

You can also sign-up to receive email notifications whenever Christine Michelle releases a new book.