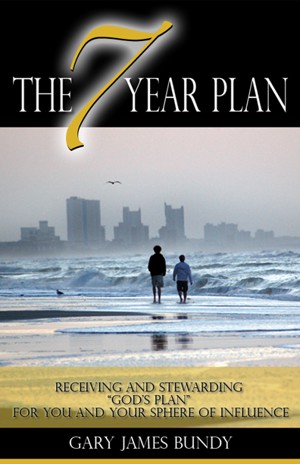 One of the very first things that Gary was prompted to do after he was first saved was to pray a three part prayer that went like this:

First, He was prompted to pray that he might be used to deliver solutions beyond his capability, so that God would be glorified in those solutions.

Second, that he would give God permission from that moment on, and for the rest of his life, to do whatever work in him that God needed to do, whenever and however He wanted to do it, so that He could use Gary as He needed.

Third, Gary was prompted to pray that he would always give God permission to be the Lord of his circumstances, which meant that God would put him wherever God needed him to be and when He needed him to be there…be careful for what you pray.

Since that prayer, Gary has accumulated over thirty-five years of Executive level Business Development, Finance, Real Estate, Software Development and Internet experience as a company Founder, CEO, President, Chief Information Officer, Business Analyst, Acquisitions Manager, Development Consultant and Custom Solutions Projects Manager. As a business and real estate investment analyst, Gary has analyzed over 2,000 businesses and has been a principle in over 100 business and real estate acquisition projects. In addition, Gary has participated at an executive level in more than 100 Internet startups and has developed a variety of software products and services covering the areas of Real Estate, Business, Finance, Engineering, Medical and Law Enforcement.

Gary's business, real estate and technology experience has included everything from small startups to Fortune 500, state governments and nonprofits including the creation of a foundation for Christian schools and The Association of Christian Technologists.

In addition to his business and ministry activities, Gary is a lifetime saltwater boater and in 2002 became a licensed yacht captain. Gary has participated in sport fishing and the yacht charter business in Washington's San Juan Islands, British Columbia and in San Diego California where he performed over 500 hours of public speaking in 2001 while crewing on the 148 Ft. harbor tour vessel, "Spirit of San Diego".

Today, Gary's primary interest continues to be "Hear, obey…and giving it all away!" so that God gets the glory while teaching others to do the same.

Gary lives in Liberty Lake, Washington with his wife Barbara. They have five children, Erica, Michael, Kim, Rachel and Marianne and eleven grandchildren.

You have subscribed to alerts for Gary James Bundy.

You have been added to Gary James Bundy's favorite list.

You can also sign-up to receive email notifications whenever Gary James Bundy releases a new book.